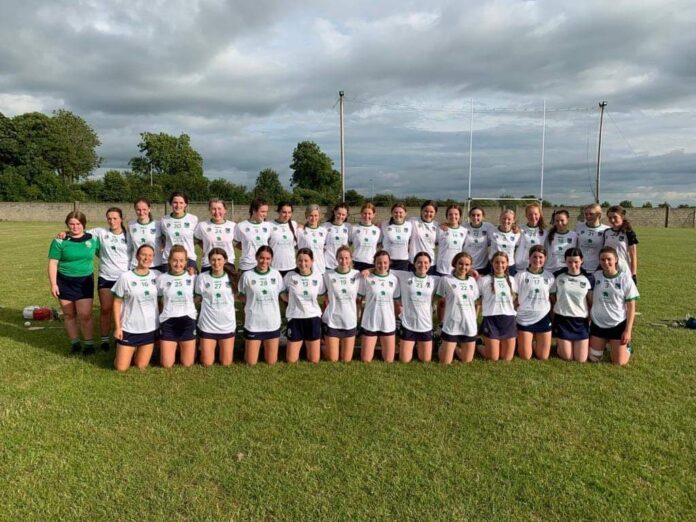 THE Limerick Minor Camogie team faced off against Cork in the Munster ‘A’ final Castle Road last night.

Cork ran out 2-17 to 0-9 winners, emulating their senior side who also defeated Limerick in the Munster final.

Chris Mortell’s side had booked their place in the final with their 1-7 to 2-7 win over Clare and faced a difficult opponent in Cork ahead of the championship decider.

Limerick’s Amy Burke gave her county an early lead until a Cork free put the sides level once again. Cork were next to strike with a point from play to obtain their first lead of the game, but it was short lived due to a sublime point from Limerick’s Lizanna Boylan to bring the sides level again.

Cork were rewarded for their patience after taking full advantage a goal opportunity, now with a healthy lead Limerick would have to work hard to close the gap on the score board. A second point from Lizanna Boylan would be responded to with two additional points from Cork.

Limericks defence remained under pressure as Cork put another ball over the bar, now with a 1-2 lead over Limerick, Cork were relentless in their attack. Cork’s defence remained proficient, after denying three Limerick goal attempts Cork also managed to add three points to their scoreline in the process.

Limerick’s Laura Frawley managed to get an extra point for Limerick on the stroke of halftime, now with a score line of 0-5 to Cork’s 1-9, Limerick faced a difficult challenge in the upcoming half.

Cork were the first to score in the second half after an early wide from Limerick. Another Cork score from open play was answered by Lizanna Boylan, who made the most of a 45 to keep Limerick in the hunt.

Despite Limerick’s immense defensive efforts Cork found the back of the Limerick net for a second time, with a scoreline of 0-6 to Corks 2-13 heading into the second-half water break, Limerick had a big gap to close and little time to do it.

Limerick’s Ella Hession closed out the game with a point to bring the final scoreline to 0-7 to 2-19 in favour of Cork. Despite the disappointment of a final loss, this Limerick Minor Camogie side have a lot to be around of from their first time in the ‘A’.