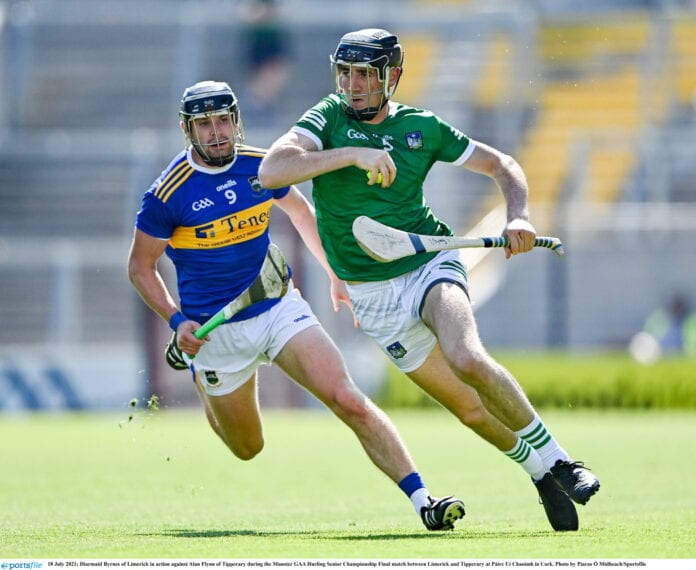 LIMERICK seal their 22nd Munster Senior Hurling Championship with a 2-19 to 3-21 win over Tipperary yesterday at Páirc Uí Chaoimh.

Limerick clawed back from a 10 deficit at half time to claim their 4th win over Tipperary in their last 6 clashes. Although Limerick’s senior hurling manager John Kiely was overjoyed with his sides comeback, he also commended the immense effort show by Tipperary throughout the game.

“Tipperary were incredible in the first 37 minutes, they blew us off the field”

Kiely also fully acknowledged the abnormally slow start from Limerick in the games opening half, an uncommon occurrence that Tipperary took full advantage of.

“It was an incredible game, I suppose we didn’t turn up in the first half to a certain extent”

Closing the 10 point gap in the second half as well as upsetting Tipperary’s huge momentum would be anything but easy for Limerick. Not only did they achieve those lofty achievements, Limerick also managed to secure a healthy lead that Tipperary would have to chase.

“Third quarter performance was our strongest quarter in five years, it needed to be, it had to be, it was up there with our best 16 or 17 minutes of hurling”

With yet another Munster championship final in the history books, this game in particular will deserve a chapter to itself. A phenomenal comeback by a group of remarkable athletes won’t be forgotten or outshined anytime soon.

“It was an incredible second half performance, absolutely incredible, I have to give the players my admiration and they never cease to amaze us”

It was an incredible game, even though we’d only six thousand odd here, it felt like we had five times that”