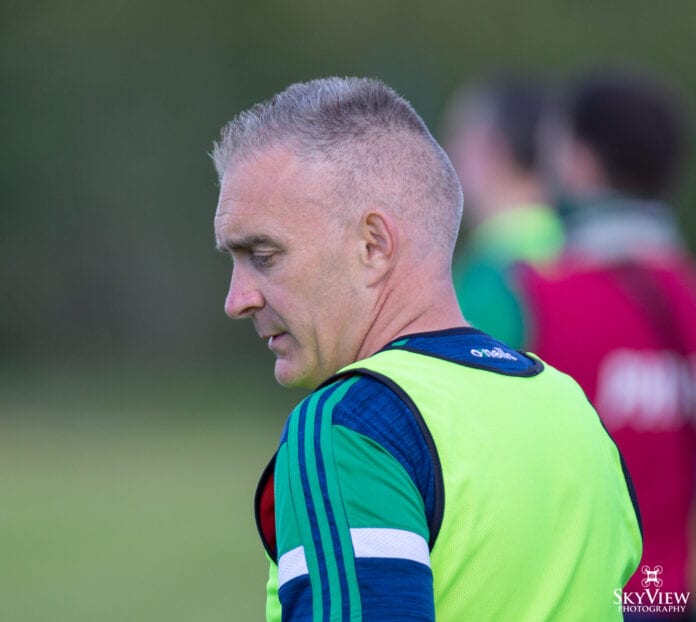 LIMERICK took on Wexford this past Saturday in Newcastle West in what was a thrilling encounter. Pat Ryan’s side were narrowly defeated as an injury time penalty from Wexford broke the Shannonsiders hearts in their 2-12 to 1-13 loss.

The game was highly entertaining and end to end throughout. The early stages were tightly contested as after ten minutes both sides only had one point a piece. The first water break of the day came with Wexford ahead by one point after 15 minutes.

Limerick grabbed a goal through Monaleen’s Caoimhe Lyons to put Ryan’s side ahead 1-3 to 0-4. Wexford responded immediately with a score from play to cut the treaty sides lead to one after 25 minutes of play.

Wexford were trailing 1-05 to 0-06 at the half time break, both sides would have been happy with their displays up to the break.

In the second half Wexford came out fighting as they grabbed a goal after only a minute of play through Katrina Parrock, Rebecca Delee who had a standout performance on her home ground levelled the game once more with a fine point from the Newcastle West player.

The second water break of the day came after 16 minutes, both sides again neck and neck as the score was tied 1-09 to 1-09.

Caoimhe Costello had a standout game once again for Ryan’s side as she had 0-8 throughout the game. Limerick had a two-point lead with 25 minutes played in a high paced second half. That lead remained up until the 30 minute mark with Pat Ryan and his side leading 1-13 to 1-11.

The Munster championship finalists looked almost certain to pick up the valuable opening round win, however the game altering moment came in injury time when Wexford were awarded a penalty. Chloe Foxe stepped up and delivered heartbreak to Limerick who had fought so hard all game. The final score ended with Wexford taking the 2-12 to 1-13 victory.

Neither side deserved to lose especially in the fashion that Limerick did, however the game was truly a strong advertisement for camogie as both sides were highly skilful, hardworking and physical throughout. Ryan’s ladies will now look to galvanize themselves and take the many positives available from the game as they look towards the next round of the championship.