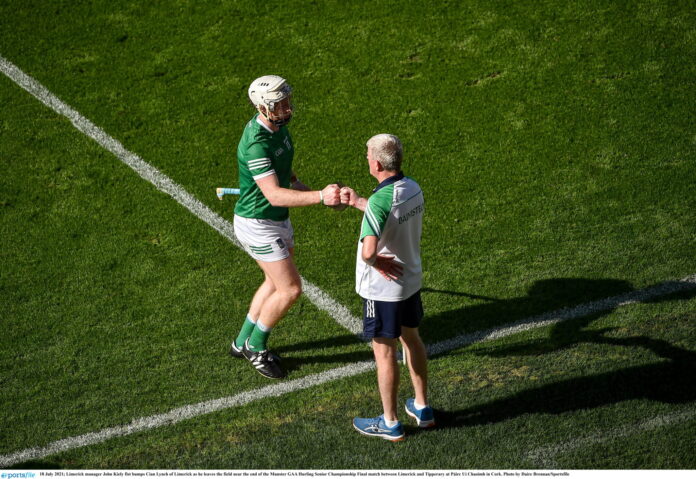 EX-Galway Galway keeper James Skehill has proclaimed Cian Lynch to be the best hurler to ever play for Limerick.

Skehill who was between the sticks when the sides met in the 2018 All-Ireland hurling final, spoke glowingly about Limerick’s Cian Lycnh who was awarded the man of the Match award.

Skehillmade the case for Lynch as Limerick’s best ever outlining his approach to in-game situations, and his decision making within those situations, stating that it is far beyond any of Lynch’s contemporaries or predecessors.

“I haven’t been around to see them (all), but as it stands right now, Cian Lynch is probably the best Limerick player ever.

“He doesn’t play the game in the present, he plays in the future if that makes sense. He analyses the game and is a step ahead of everyone else.

“He was a huge reason why Limerick turned it over.”

Lynch was one of a number of Limerick players that shone in the Pairc Ui Chaoimh sunshine with Kyle Hayes’ wondergoal garnering a number of plaudits.

Elsewhere, Seamus Flanagan and Peter Casey were named on the team of the week after the comeback win. Discussing 2-29 to 3-21 Munster Final win, Skehill praised the efforts of both sides.

“I think it was one of the best games I’ve actually ever seen in my life. It was a super game of two halves.

Watch the full interview with OTB AM here: