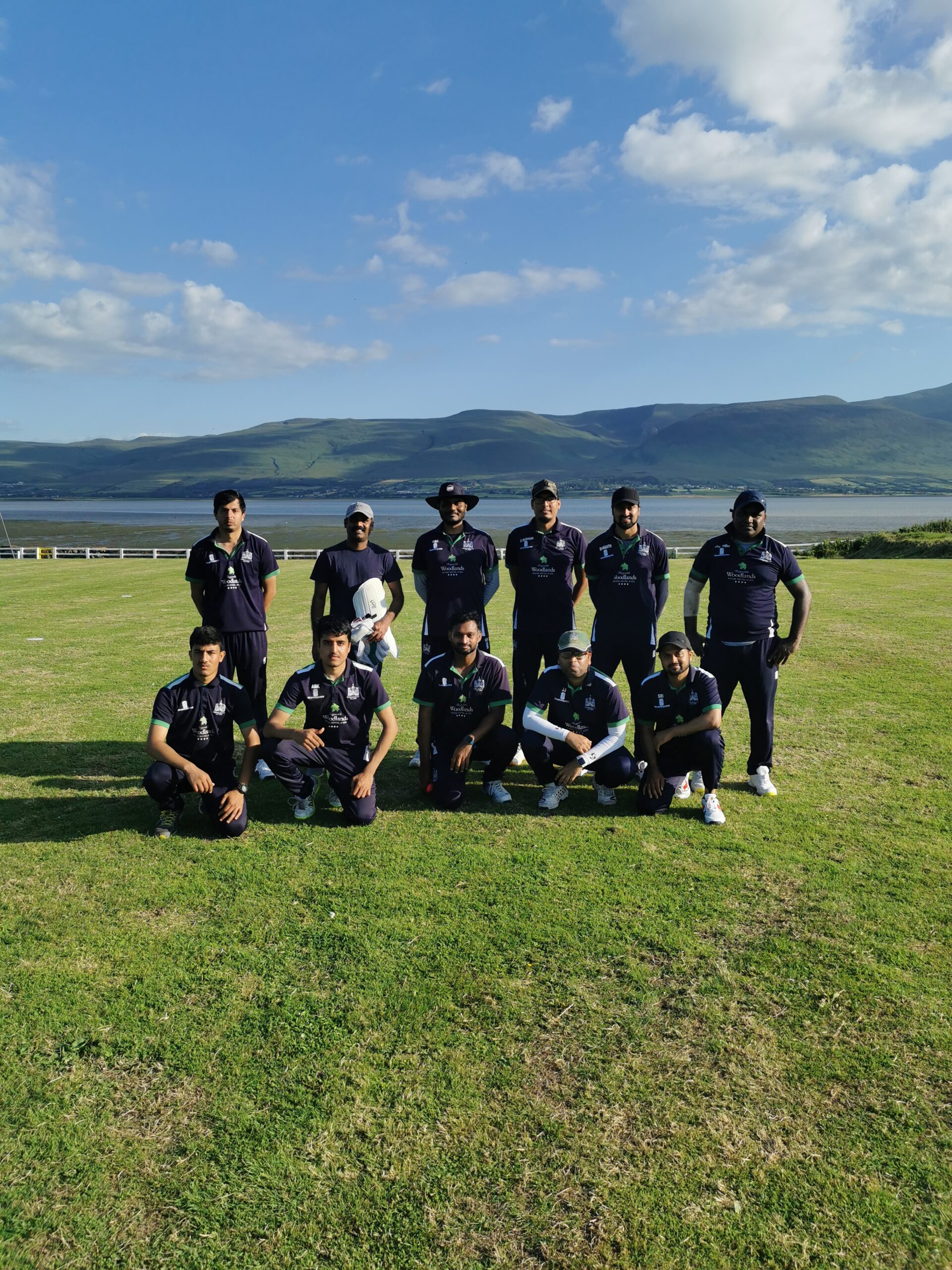 AFTER a disappointing end to the T20 campaign, Limerick had to turn their attention to 50 over cricket as their opening day clash away to Cork County was sure to be hotly contested affair at the Mardyke on Sunday afternoon.

Some changes came in for Limerick ahead of this tie; Prabhanshu Kamal returned for the injured Ajay Hari whilst Stephen Hackett, Asif Hussein and Hashir Sultan made way for Chris McGrath, Sarfraz Ramay and Usman Khan.

Limerick won the toss and elected to bat in scorching hot temperatures on a track that entertained bounce, spin and seam.

The familiar opening pair of Azeem Khan and Tim Smithies settled themselves in nicely and saw off some early pace from the new ball.

It would be Smithies who was first to fall, although looking in good nick, was unlucky to pick out the fielder at mid-wicket and Limerick were 52-1 after 14. Number 3 Chris McGrath was unable to get off the mark, he would depart for 1 and skipper Arslan Anwar came to the crease in good form.

Meanwhile Azeem was steadying the ship at the other end and brought up a much-needed half century. After
his departure on 55 off 109 balls, Arslan Anwar would also bring up his second 50 of the year. Unfortunately, little support was offered from the other end and Limerick couldn’t capitalise on a good foundation of 100-2 off 30 overs.

The away side scrambled to 200 all out after 50 overs with an uphill battle with the ball to come. Although Limerick kept any big hitting at bay, County were able steer their way towards the target whilst losing very few early wickets.

The home side were in a very comfortable position at the turn of the 30 th over with 122 on the board with the loss of just three wickets. County arguable had the rub of the green at this point in the game, with edges not going to hand and uppish shots landing just short or wide of the Limerick fielders who continued to endure the sizzling elements.

Kamal was able to revive his fatigued side when he took two wickets in two deliveries to leave himself on a hat trick and Limerick momentarily back in the game. But with just 60 runs needed, County were able to pick off the poorer deliveries and ease themselves to a 4 wicket win, Limerick picking up a consolatory three bonus points.

We lost to Cork County by 4 wickets yesterday.

However, there was some very impressive batting on show from Limerick across the games. First and foremost, a maiden century for Jatin Jaitley on Saturday marked his name on the Honours Board as his side ran out narrow winners by just 11 runs against Kerry on Saturday to keep their place at the top of the Division Three table.

Jaitley carried his bat for the full 20 overs, making 106 runs with 14 4s and 4 6s in an amazing knock. Sumukh Venkatesh continued his fine run of form, adding another 50 to his records against Cork County on Sunday as the Limerick 4 th XI ran out comfortable winners by seven wickets in Midleton.

Dharmesh Patel’s 3 rd XI continued their push to keep the Minor A blast in Limerick with a hard fought 34 -run victory against Kerry on Sunday morning. Sourabh Teke opened the batting and was able to regain his confidence with a solid half-century for his side to amrk his first 50 of the year.

Finally, LCC’s u15s were unable to make it two from two on Saturday afternoon against Galway in Lycidan. It was Galway who would bat first again in the searing heat, they would be looking to bounce back after losing narrowly at home to the Shannonsiders last weekend on home turf.

Ayan Ullah was causing trouble with the new ball again, with some unplayable deliveries resulting in pressure which converted into wickets for the away side. He would pick up two wickets early on to add some impetuous. Cormac Welch carried on in similar fashion, finishing with figures of 2-18 off his four overs as Galway made 133 for 8 off their 20 overs.

Limerick came close with the bat but were unfortunately just 4 runs short in the end. Despite the efforts of Abdulahad (27) and Welch (17), Limerick could only get to 129 before being dismissed on the second last ball of the innings. The u15 league continues as Limerick will host Galway in two matches over the next few weeks to see who will represent the North Munster cohort against the Cork sides in mid-August.

The post Limerick grapple to find spark in return to 50-over cricket appeared first on Sporting Limerick.