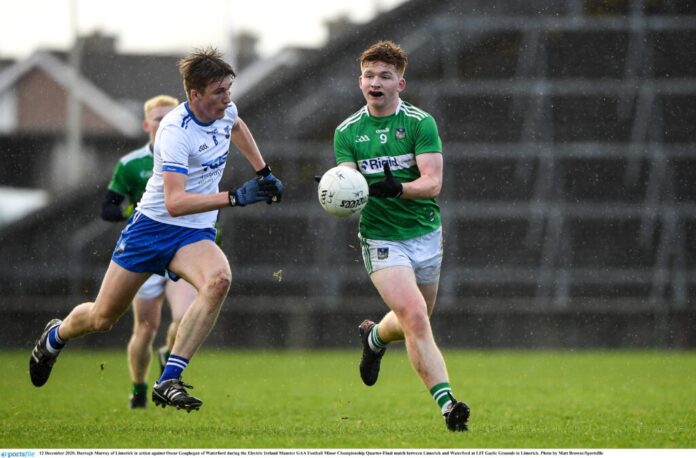 Limerick advanced to the Munster Minor football championship semi-final following a three point victory over neighbours Tipperary. Kevin Denihan’s side face Clare on July 30th, in Ennis. Once Limerick led in the 13th minute, Tipperary were unable to peg them back, though a second half green flag from Ruairi Cronin proved crucial at the final whistle.

Limerick led 1-4 to 1-1 at the first half water-break with Fr. Casey’s star Marc Nolan netting after an earlier goal from Tipperary’s Diarmuid O’Riordan. Limerick responded well to every visiting score throughout and this ensured they kept their nose in front.

At the short whistle, Limerick led by four points, with Jack Somers effort closing the half. Tipperary were extremely wasteful in front of goal.

The Premier County started the second stanza with a purpose, and after cutting the gap to just two points, Cronin finished low beyond Tom Bourke for the games crucial score.  This had Limerick five clear at the water break and despite just scoring once down the stretch, the Treaty had enough. The 59th minute free from Darragh Murray was pivotal, as it kept Limerick two scores clear and they held on.