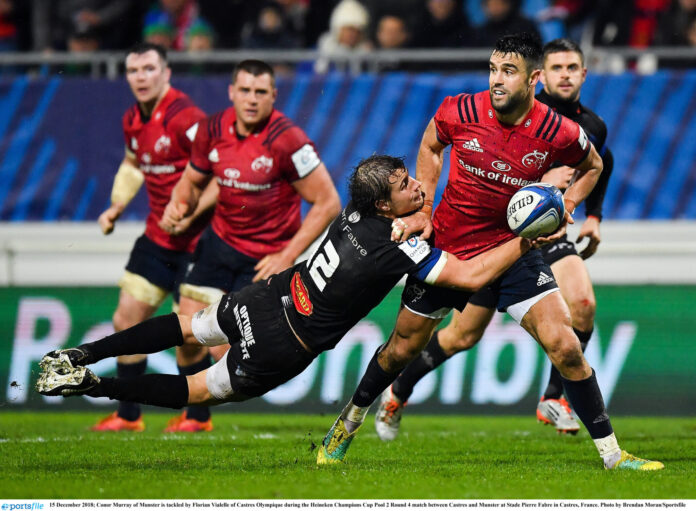 The province is set to face French side Castres Olympique and England’s Wasps Rugby, in both home and away fixtures in December and January.

Following the draw, the Munster Head Coach shared some of his thoughts with Munster Rugby’s media team regarding the challenging season he and his squad face. Although there’s often a sense of excitement surrounding the Champions Cup draw, the preparations will intensify now that the provinces’ opponents are set in stone.

“As always it’s going to be hugely competitive and with the new format in place you’re up against it from the very beginning, and there’s no margin for error.”

Castres and Munster are no strangers with one another, the two sides have faced off are then any other two teams in the tournament, clashing a total of 16 times. The most recent of encounters was the 2018/19 season where Munster won 48 – 3.

“Everyone knows our history with Castres and it’s a side we’ve faced many times in this competition so no doubt the games will be as hotly contested as ever.”

Munster have also had some memorable clashes with Wasps in the Heineken Cup, the 2004 semi-final in Lansdowne road saw Wasps win 37-31. Wasps went on to lift the trophy that year by defeating Toulouse in the final at Twickenham.

Remarkably, the sides haven’t met since the 2007/08 pool stages. Each side won their home fixture but it was Munster that progressed to lift the Heineken Cup for the second time within a three year spell.

“Wasps are a quality side with a rich history in Europe also. Like playing any English side it will be a tough, physical battle against them but one we are very much looking forward to.”