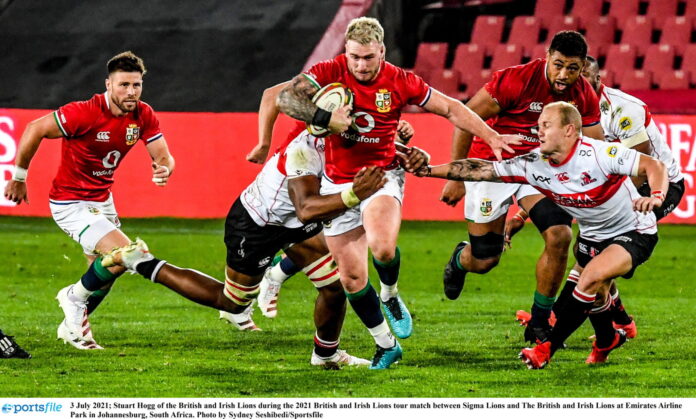 IT’S the weekend once more, meaning it’s time for us to run you through the sports action this weekend, where it is on, when it is on and where you can find it.

Saturday will see plenty of golf action taking place as Sky Sports Golf will show the Evian Championship from France at 10.30am.On the same channel at 6pm you can tune in for the Wales Open in Celtic Manor while from 8pm again on Sky Sports Golf you can view the 3M Open.

The Olympics will be live from Tokyo on RTÉ 2 from 1.35am and 0.10am on BBC 1 while Eurosport will have all the coverage of the games as well at 0.30am, the action will include rowing, cycling, hockey and swimming.

GAA action will feature Waterford v Galway at 2pm while Clare will take on Cork from 4.30pm, both will be shown on Sky Sports Arena from 1pm.TG4 will show the Women’s Senior Football clash between Kerry and Donegal from 5pm, the same channel will also broadcast Westmeath v Laois at 7.30pm as they battle it out in a relegation play-off.

In the cricket this weekend, Ireland v South Africa will be available on BT Sport 1 from 3. 45pm.West Indies will take on Australia on BT Sport 3 from 7.15pm.

Horse Racing can be found on UTV from 1.25pm with the King George VI and the QE Qipco Stakes, this can also be caught on Virgin Media One at 1.25pm.

Soccer fans will have the option of tuning in for the clash between Celtic and West ham in a pre-season friendly from 2.30pm on Premier Sports 1.

The game all rugby fans have been waiting for will begin at 5pm on Sky Sports Action as the British & Irish Lions face South Africa in the first test of the 3-game series, the highly anticipated match will be live from Cape Town. Highlights from the mouth-watering tie will be shown on Channel 4 at 11.25pm.

The Croatia Open will be of interest to Tennis fans as BT Sport 2 will air the tournament live from 5pm.

Sunday will see the continuation of the Olympic Games from Tokyo on RTÉ 2 at 1.30am that includes gymnastics, taekwondo, swimming and archery.

Sky Sports Golf will broadcast the Evian Championship once again from 10.30am, while the Wales Open also continues on the same channel at 6pm. 3M Open from Blaine can be seen on Sky Sports Golf at 8pm.

The Sunday Series Meeting in horse racing will be found on ITV 4 from 3.45pm.

UFC will see Cory Sandhagen fight TJ Dillashaw in Las Vegas from midnight on BT Sport 2 for those who can’t sleep in the heat, the late-night option will be available.