Home Rugby Ireland Limerick’s Olympians: Greg O’Shea set to live out his dream at the... 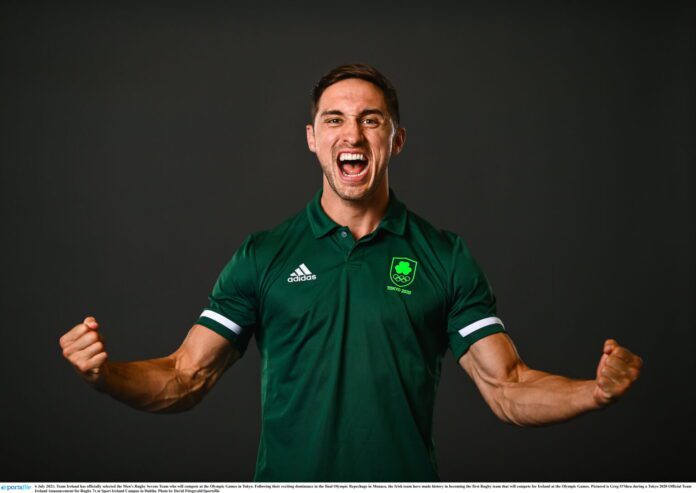 Limerick will be represented by a number of athletes at this year’s Olympic Games in Tokyo in the form of Roisin Upton, Carolyn Hayes, Sarah Lavin and Greg O’Shea.

Greg O’Shea, the former love island winner played a role in the Irish 7s team journey to this summer’s games. The Twenty-six-year-old will be part of the first Irish rugby team to compete at the Olympics

O’Shea decided to choose his passion of rugby over following the path of a Love Island winner. The Limerick native had won the reality tv show in 2019 with Amber Gill and has gone from media darling with the British press to national hero with the Irish media following his decision to join the sevens squad that managed to make history on route to their first Olympic appearance.

The former Crescent College student has always had a passion and talent for rugby, winning a Munster Schools Rugby Senior Cup in 2013 in addition to his previous two Junior Cups in 2010 and 2011.The former reality TV star also competed for Ireland at the 2011 European Youth Olympics 100m when he was 16 finishing in sixth place. However, this would be his last race as he decided to focus on rugby moving forward.

O’Shea played at fullback and on the wing for the Munster academy in 2013, just missing out on earning a place in the senior squad. This quickly led to his now vital role with the sevens team as he initially played the 2017 Rugby Europe Sevens Grand Prix Series finishing second to Russia. Injuries derailed his plans for the 2018 Hong Kong Sevens qualifying tournament but ultimately made it on the 2018 Rugby World Cup Sevens squad going from strength to strength since.

The Sevens star has no regrets with pursuing his dream by qualifying for Tokyo. With a large following on social media and his victory on the dating series, O’Shea could have soaked in the limelight rather than returning home. Yet, the decision to do so has paid off. While he was not initially picked in the squad to compete this past weekend, an injury to Gavin Mullin allowed the former Crescent man the opportunity to fill in at the Sevens Repechage tournament, the final part of the global qualifying process. 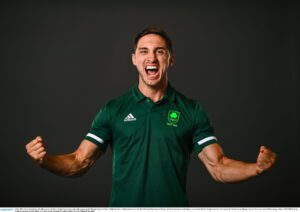 In Monaco, O’Shea and co, beat off the 11 other competitors to secure their place at the games, only six years on from competing in the bottom tier of Sevens Rugby. Anthony Eddies side have quickly become a force in the Men’s Sevens game as they secured the 12th and final place in the upcoming competition in Japan with the Limerick man playing a valued role in their recent impressive run of games.

The former Schools Cup winner helped Ireland beat favourites France 28-19 to secure their ticket to the games. Further justifying the Love Island stars decision to concentrate on his first love as he has achieved his goals while placing himself and his teammates in Irish rugby history.

Speaking after earning their place at the Olympics, O’Shea said,

The Sevens games will take place from July 26-28, with all match action taking place at Tokyo Stadium with O’Shea and the Irish team to continue their historic season.