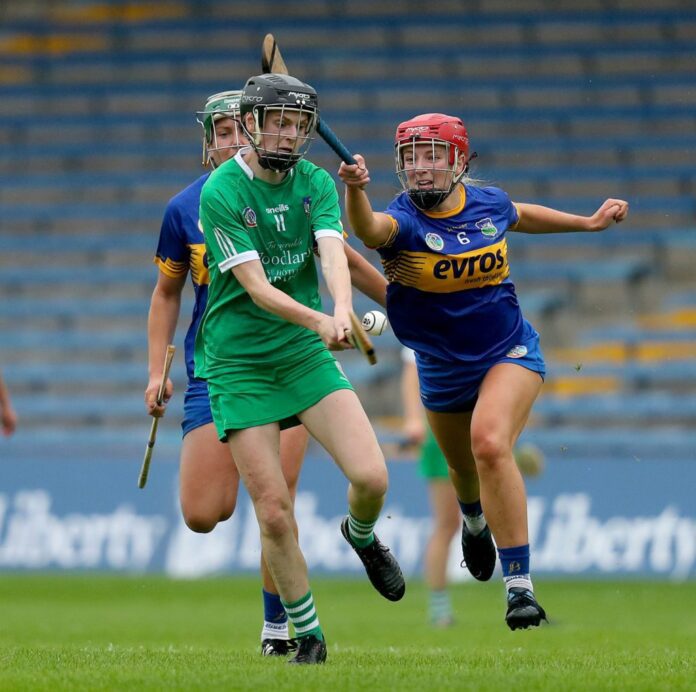 PAT Ryan’s Limerick side fell to defeat yesterday against a highly impressive Tipperary side in Nenagh.

The 2-20 to 1-11 defeat means the Shannonsiders now have back to back defeats and can no longer reach the knockout stages of the championship following the 12-point defeat.

Tipperary were dominant throughout the game, with a short spell in the last quarter of the game from Ryan’s side not enough to battle back into the game following a disappointing first half.

Bill Mullaney’s side came out of the blocks fast and led heading into the first water break of the day, 0-5 to 0-1.

Caoimhe Costelloe again stepped up for her side with 0-10 but it would prove too little on the day. Tipperary’s Cait Devane was a standout performer for the Premier county alongside Grace O’Brien.

Towards the later stages of the first half Tipperary began to move away from the Treaty side and widened the gap to 0-10 to 0-3 with four minutes remaining in the half before a couple from Devane gave her side a ten point lead heading into the half time break.

The game was put to bed early in the second half as Devane dispatched a penalty within four minutes of the restart to stretch the lead to 13 points.

Mullaney and his side were clinical and relentless for the entire game and gave Limerick nothing throughout, dominating the physical battle and possession while showing ruthless clinical finishing on route to the huge victory.

The second water break of the day came with Limerick trailing in Nenagh by 13 points. The only period of the game where Limerick came to life was in the last 15 minutes with 1-1 in quick succession. Caoimhe Costelloe quickly followed this reply up with two scores herself to reduce the gap to seven with five minutes of play left in normal time.

Cait Devane again stood up to be counted for her team as she scored two frees within the space of three minutes to again widen the gap between the teams.

With the game out of sight for the Treaty side, Tipperary added salt to the wound as Miriam Campion scored a goal on the stroke of the full-time whistle.

Pat Ryan and his side will now look forward to the challenge of Offaly, looking to turn the momentum around following the successive defeats. The loser of the clash in Banagher will face into a relegation play-off.