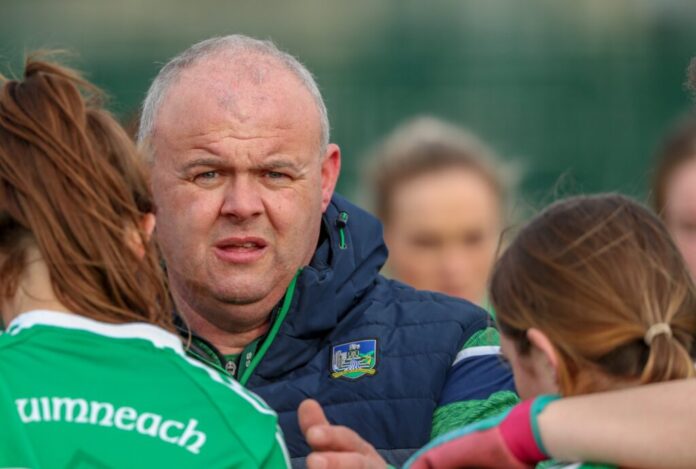 THE Limerick ladies were defeated by Antrim in round three of the TG4 All-Ireland Junior Ladies Football Championship on a scoreline of Antrim 5-10 to Limerick’s 2-7.

The game was played in sweltering heat in Westmeath.

Antrim were definitely the side who settled into the game the better of the two, scoring three goals in the first half to give them a bit of daylight early on, after a bright start from Limerick in the opening few minutes.

Limerick were unlucky to be denied their goal scoring opportunities as Antrim keeper, Julie Curran was in fine form.

In an even game, Limerick were left to rue both the missed shots on goal and the wides.

Whatever Donal Ryan said at the break rejuvenated the Limerick side.

Andrea O’Sullivan & Roisin Ambrose found the back of the net to bring the team within three points of the Saffrons at 3-5 to 2-5.

Unfortunately for Limerick, that was as close as they got.

Reaching the second half water break, there was plenty of work for the Limerick backs as Antrim went on to score 1-3 in quick succession.

Points from Andrea O’Sullivan and Lauren Ryan were all they could muster up, with some fine saves from the Antrim keeper helping their side.

Aoife Taggart capitalised on a mistake at the back for Limerick to get Antrim’s fifth and end the scoring at Limerick 2-7 to Antrim’s 5-10.

Ryan’s side lost to Wicklow in round one, got the better of Derry in round two and this result means that they have to beat Carlow on the 15th of August to reach a semi-final.

The post Limerick ladies defeat to Antrim leaves work to do in All-Ireland campaign appeared first on Sporting Limerick.