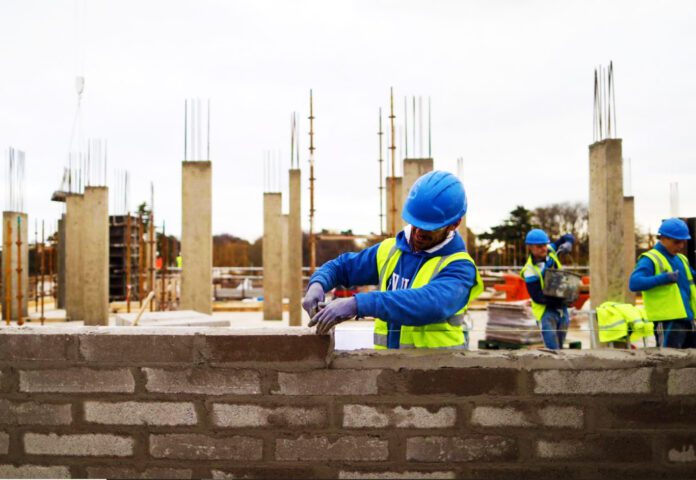 587 residential buildings were under construction in Limerick June 2021 according to the latest GeoView Residential Buildings Report published by GeoDirectory and EY Economic Advisory today.

667 new residential addresses in Limerick were added to GeoDirectory’s nationwide database in the twelve months to June 2021.

The report also found that 9.5% of all residential stock in the state are apartments. In total, there were 194,898 apartment address points across the country in June 2021. At 64.8%, the vast majority of apartments were located in Dublin, where one in five residential dwellings is now an apartment.

The vacancy rate in Limerick in June 2021 was 4.7%, higher than the national average of 4.5%. There were 92,135 vacant residential properties in the state in June 2021. This figure remains unchanged from the corresponding period in 2020.

In total, 16 out of 26 counties recorded a decline in residential vacancy rates in the twelve months to June 2021. Dublin, at 1.6%, had lowest vacancy rate in the country despite a slight year-on-year increase of 0.3 percentage points. Neighbouring counties Kildare (2%) and Wicklow (2.4%) also recorded significantly low vacancy rates.

The average residential property price in Ireland across this time period was €306,641. The highest average price was in Dublin (€471,185), while Longford (€129,393) had the lowest average price in the country.

Commenting on the findings of the GeoView Residential Buildings Report, Dara Keogh, CEO of GeoDirectory said, “Our data shows that residential construction activity has responded well since Covid-19 restrictions for the sector were lifted in April. There were over 5,000 more residential buildings under construction last month than there was in June 2020. Additionally, the GeoDirectory databased recorded over 25,000 new residential address points in the past twelve months. This is still short of the levels of stock needed to ease demand, but the data trends suggest that things are moving in the right direction.”

Annette Hughes, Director, EY Economic Advisory said, “Despite a positive outlook regarding the pipeline of new builds, the level of residential property transactions is still someway short of pre-Covid levels. In the twelve months to May 2021, the number of transactions fell by 6.5%. There are a number of reasons for this, including travel limits, restrictions around viewings and people holding off on moving or selling their house.”