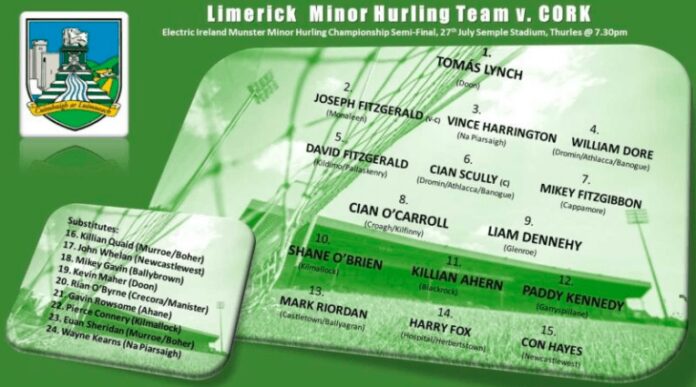 Dromin/Athlacca/Banogue’s Cian Scully remains as Captain as he’s named at centre-back, while Monaleen’s Joseph Fitzgerald acts as vice-captain from corner-back.

The limerick minor team also includes two players from last years Electric Ireland Minor Hurling Team of the Year for 2020, in the form of Tomás Lynch and Shane O’Brien. The decorated duo are also among 6 players retained from Limericks Munster Minor Championship win against Tipperary for the 2020 season.