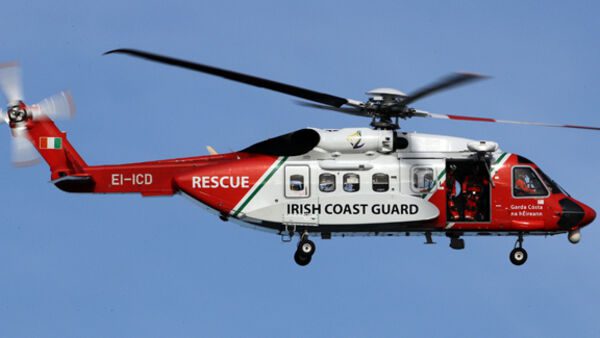 THE Government has agreed to commence the formal procurement process for a new Coast Guard aviation service in October next. The service is currently contracted to CHC Ireland and may be extended up to June 2025 at the latest. The decision was based on a detailed appraisal and business case prepared by KPMG for the Department of Transport, and was brought to Government by the Minister for Transport, Eamon Ryan, T.D.

The business case brought to Government set out the strategic case for a new service, considered the range of options for how such a service could be delivered, including the potential for the Air Corps to provide an element of the service as a “hybrid” option alongside another civil operator. It also sets out an implementation plan to achieve the desired service. The detailed appraisal included a financial and economic appraisal of short-listed options, with an assessment of costs, benefits, affordability, deliverability, risks and sensitivities associated with the options. The approval of the business case is one of the key steps required in the Public Spending Code (PSC). Details of the procurement will be announced in October when the formal Pre-Qualification requirements for tendering will be published.

Commenting on the decision, Minister for Transport, Eamon Ryan T.D. said: “After a lengthy deliberative process, I am glad we now have a decision to proceed to tender based on a business case which has considered all relevant aspects involved including its core SAR role but also the important secondary benefits to be derived from the service including supports to the island communities and the Health Service Executive. The report considered all the various options for how the service can be best delivered, the demand drivers and the changing technological and market environment in which this procurement will be set. This is a costly but vital service to the State and it is important that we optimise the benefits to be derived from it”.

The Minister for Defence and Minister for Foreign Affairs Simon Coveney, T.D welcomed the decision and the fact that it provides for the possibility of the Air Corps providing a new fixed wing element as part of the Coast Guard’s overall aviation service: “My Department and the Air Corps, working in close consultation with the Irish Coast Guard over the next two and a half months, will look at how the Air Corps might provide a dedicated fixed wing element of the service which meets the requirements and parameters which are now clearly set out in the business case”.

Minister of State Hildegarde Naughton T.D. also welcomed the decision and thanked those stakeholders across the SAR system and the relevant Departments and state entities who have informed the deliberations on this process to date. “The decision paves the way for the procurement of this vital element of our Search and Rescue system over a 10 year period. The timelines and procurement strategy agreed today will ensure a seamless transition from the existing contract with CHCI. It will also offer the potential to avail of developments in technology since the last contract was let in 2010 and to build on the experience and lessons learnt over the last 10 years.”

She added: “The process of consultation and deliberation started over 18 months ago and has included extensive discussions with state and voluntary organisations involved and reliant to one degree or another on the Irish Coast Guard’s aviation service. Their views have helped to inform and shape the scope and nature of the new service which KPMG’s business case has appraised and costed”.

Based on the business case analysis, the new service is expected to benefit from some new elements including a dedicated fixed wing component to provide the IRCG with an on-call pollution monitoring, high endurance search and top cover capability. It also has the potential to allow a more innovative helicopter fleet. The helicopter element will include night vision capability from the outset. From a competitive perspective, the procurement will benefit from a more extensive range of potential helicopter solutions than would have been on the market in 2010.

The current service already provides significant secondary services to the HSE and the National Ambulance Services and medical evacuation services to the island communities. The service scoped in the business case will continue to deliver these ancillary services and has the potential to deliver more supports to the HSE and additional fire-fighting capability to the Department of Housing / Fire Services. These aspects will be subject to further discussion with those services as the procurement strategy advances.

The cost of the existing contract is in the region of €60m a year. The analysis concludes that the estimated costs for a new service could be similar although the precise costings set out in the business case are premised on a number of different assumptions and based on a different model to the current one. The costings are confidential and commercially sensitive. The actual cost will only be known once the tenders have been received, evaluated and Government awards the tender – expected to be in March 2023.