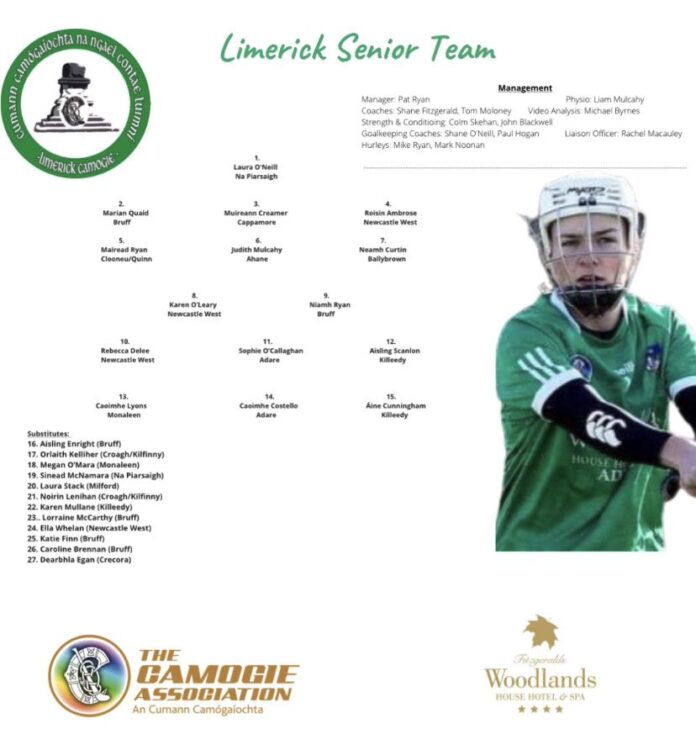 BOTH Limerick Senior and Junior Camogie sides are in All-Ireland championship action this weekend.

On Saturday afternoon, the senior side travel to Banagher to take on Offaly in their final game of the group.

Limerick cannot progress, but will face a relegation play-off if they fall to the hosts.

Ahead of the clash, Pat Ryan has named his team to take on Offaly.

Later that evening, the Juniors travel to Pairc Esler Newry to take on Down. With Amragh withdrawing from the competition, a second consecutive win for Limerick will see them in to the semi-finals.

Ryan’s team defeated Cavan in round one last weekend.

The team will line out as follows.