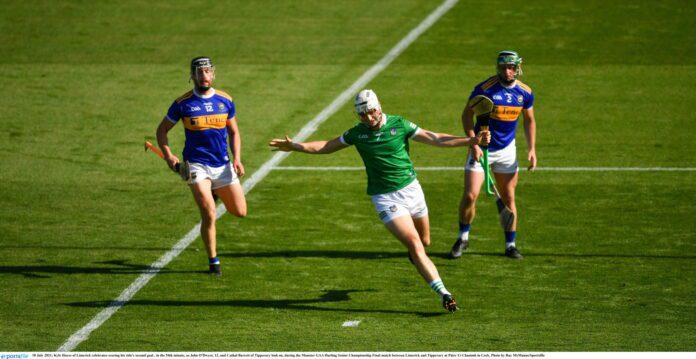 JUST like that, the hunt for Liam MacCarrthy is down to six with the quarter-finals penciled in for this Saturday.

Provincial champions Limerick and Kilkenny are safely through to the last four and await the winners of this weekend’s games.

With just six sides remaining in the hunt, we examine the contenders in the Power Rankings below!

Prior to the Leinster final against Kilkenny, things couldn’t have got worse for Mattie Kenny’s side with three players ruled out due to Covid 19. And the game was less than a quarter of an hour old when the Dubs lost Eoghan O’Donnell to injury.

Nonetheless, the capital side never really looked like troubling Kilkenny with the nine point loss almost flattering such was the Cats dominance.

Yet, the Dubs will come into this Saturday’s quarter-final with a clean slate, having last reached the semi-final stage in 2013.

But if they are to overcome Cork, they will need their best performance of the year.

The extent of the damage inflicted by the manner of the Munster final loss to Limerick will be seen on Saturday when Tipp take on Waterford. Tipperary led by as many as ten points at half time against the Shannonsiders but found themselves level at the second water break of the day.

In the end the margin was five points, with Mark Kehoe’s goal putting some respectability on the scoreline. A second heavy Munster final defeat in three years will put huge doubt in the minds of Liam Sheedy’s men.

But after the defeat in 2019, the Premier responded by winning the All-Ireland title.

Waterford this Saturday will say a lot If they can produce a similar comeback.

Were it not for Patrick Collins’ last heroics, Kieran Kingston’s men would have been watching on from the sidelines this weekend. It was a game that Cork should have never lost, having held the lead of the Banner for the majority of the contest, yet they will count their stars that they are into the quarter-finals.

However, a win like that can often spur a team into life and that will be the hope on Leeside.

Cork’s attacking firepower will always give them a chance and in Patrick Horgan, they have the highest ever points scorer currently active. But their performance against Limerick will still weigh heavily on the mind.

The win over Clare will give them the advantage over the Dubs who have been waiting in the wings since the Leinster final loss.

It’s advantage Cork, but only just.

Whether you think Waterford were awesome, Galway were woeful, or some mixture of the two, for the Deise to put up 1-18 in the first half of a game against the Tribesmen takes some hurling. Liam Cahill’s men looked back to their scintillating best that saw them into the All-Ireland final last year.

The return of Jamie Barron seemed to invigorate the side with the Bennett brothers in the half back line dovetailing brilliantly.

Yet, the manner of their second half collapse that almost saw them lose a 16-point lead will be worrying for Cahill and co.

But when on form, the Deise looked best poised to take on the top two. Albeit they have the small task of Tipperary to contend with first.

The top two seem to be a bit ahead of the rest with Brian Cody’s Kilkenny slotting in at second place on the list. Their Leinster final performance was old school Kilkenny as they smothered their opponents, caring little for the off-field issues of the Dubs.

Adrian Mullen looks back to his best after a year out with an ACL injury, as TJ Reid continues to defy time. Four of their five substitutes got on the scoresheet against Dublin with an impressive array of scoring options for Cody to choose from.

Yet, it is at the back where they look most impressive with the full back line of Tommy Walsh, Huw Lawlor and Paddy Deegan looking impenetrable in front of Eoin Murphy.

But the team ahead of team is quickly starting to imitate the great Kilkenny sides of the 00’s.

On their day, there is no one that can compete with John Kiely’s side. Their 18-minute blitz of Tipperary in the Munster final will live long in the memory as Kiely’s men turned a ten point deficit into a healthy lead.

In Cian Lynch, they have the form player in the country, while Kyle Hayes is arguably the most dangerous, despite his positioning in the half back line.

The Shannonsiders are littered with stars throughout the field and appear to have a bulletproof gameplan.

With three weeks from the Munster final to the All-Ireland semi-final, there is potential for a team to shock the Treaty men, as Kilkenny did in 2019.

However, that is a case of ifs and buts.

The 2020 champions look better than ever and are the undisputed team to beat.