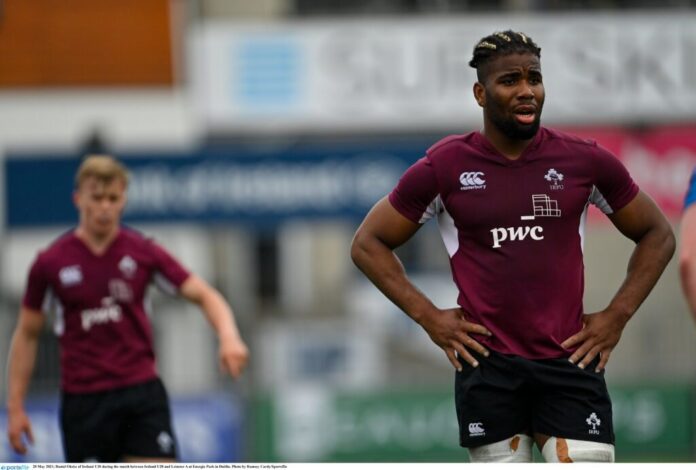 THREE players join year one of the Greencore Munster Rugby Academy ahead of the 2021/22 season.

After starring for the Irish U20’s in the Six Nations, Limerick’s Daniel Okeke has joined the Greencore Munster Rugby Academy.

Limerick’s Okeke started out at Thomond RFC before playing his schools rugby with Ardscoil Rís, producing some standout moments in the 2019 Schools Senior Cup campaign.

Advancing through the National Talent Squad programme Daniel lined out for Munster A in December 2020 and was included in Richie Murphy’s Ireland Squad for the 2021 Six Nations Championship. The 19-year-old scored a try against Wales and made his first start against Italy.

He plays his club rugby with Shannon RFC.

As always there may be further additions over the coming months.