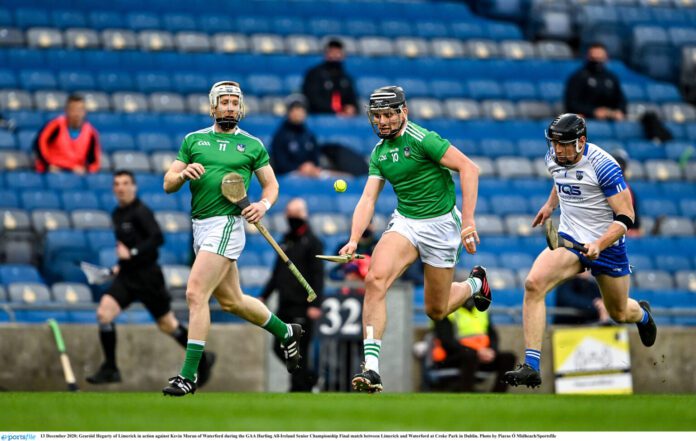 IT will be Waterford and Limerick in Croke Park for the second successive year as the Munster rivals meet in the All-Ireland semi-final this Saturday evening.

The winner of the tie will face either Cork or Kilkenny in the decider on Sunday August 22.

Behind closed doors and under the lights, John Kiely’s side gave their most impressive performance during his term, easing to a second All-Ireland title in three years with a 0-30 to 0-19 win.

With just three points separating the teams at the half, the Treaty men put the squeeze on in the third quarter, hitting over ten points to put the contest to bed and further their legacy as they completed the perfect season.

But while Limerick led from start to finish in the All-Ireland final, things were much different when they faced off in the Munster decider in November.

The sides were deadlocked at 0-18 a piece at the final waterbreak with Limerick’s superiority off the bench telling down the home stretch in the 0-25 to 0-21 victory.

That continued John Kiely’s 100% championship record against the Deise with his first two victories over Waterford proving particularly fruitful.

In 2018, Kiely’s men sealed their place in the All-Ireland quarter-finals for the first time since 2014, as they destroyed the Deise 2-26 to 1-16 in the Gaelic Grounds.

12 months later, Walsh Park proved a similarly happy hunting ground with the Shannonsiders routing the hosts 2-24 to 0-10 in the Munster championship.

That result came a couple of months after Limerick defeated Waterford 1-24 to 0-19 in the National League Final, securing Limerick’s first League triumph since 1997.

Indeed, John Kiely’s maiden win over Waterford was Limerick’s first against the Deise since 2007, when they last met in the All-Ireland semi-final.

Newly crowned Munster champions Waterford travelled to Croke Park seeking a place in the All-Ireland final for the first time since 1963.

Facing them was Richie Bennis’ underdogs who had falling to a 3-17 to 1-14 defeat when the teams met in the Munster final the previous month.

However, the Treaty men ripped up the pre-match script with early goals from Donie Ryan and Andrew O’Shaughnessy propelling them into a 2-4 to 0-2 lead within the opening quarter of an hour.

At the break, the margin had been reduced to four as Waterford began to get to grips with the ferocious Limerick.

Ryan’s second gave them daylight shortly after the restart but Waterford’s reply was immediate and midway through the half the deficit was back to one.

Brian Begley was then fouled for a penalty, allowing O’Shaughnessy the chance to restablish a healthy lead which he duly obliged, striking a fierce shot past the despairing Clinton Hennessy.

Still Waterford refused to give up until Begley’s late three pointer secured a first final place in 11 years for the Shannonsiders.

A year later, Waterford finally reached the decider but suffered a similar fate to Limerick with both falling to Brian Cody’s seemingly invincible Cats.

This Saturday, the prize remains the same for both counties, a place on the biggest stage as the Munster rivals prepare to write the latest chapter in their fascinating history.