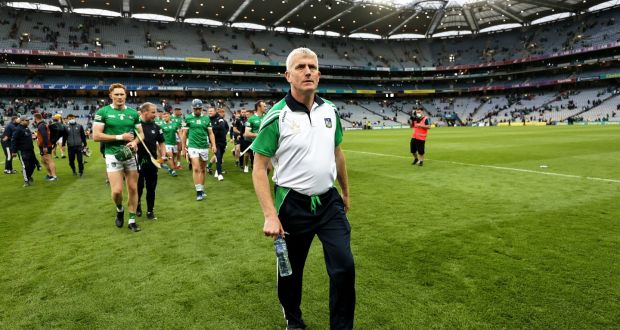 THE most frantic start one has ever seen to an All Ireland final. Cian Lynch with a sublime point from play was cancelled out quickly by a Pat Horgan free.

The next attack saw Limerick cut a hole in the Cork defence as Gearoid Hegarty blasted past Collins in the goal. The reply from Cork was emphatic. Shane Kingston got the ball in space and Cork’s running game came to the fore as he powered past the Limerick defence to rifle past Nickie Quaid to the top corner.

Limerick settled with three points in a row from Casey, Hannon and Flanagan making it 1-4 to 1-1 after seven minutes. Horgan kept Cork ticking over with two frees in quick succession. Jack O’Connor chipped in with another well take Cork point.

Limerick netted their second goal when Gillane was found in acres of space. The Patrickswell man took his time and picked his spot.

Niall O’Leary landed another Cork point but you just sensed Limerick were starting to get a grip on the game. Of the next 18 scores Limerick would land 1-11 to Cork’s 0-6 with one of the best second quarters of hurling witnessed at Croke Park in years.

The killer blow coming on 35 minutes when Gearoid Hegarty was again found in space to rattle the Cork net. The only blot on Limerick’s opening half was a knee injury that saw the superb Peter Casey depart for Graeme Mulcahy.

Fergal Horgan’s half time whistle came as a welcome reprieve for a rebel side what were overrun in the opening half and in need of a major tactical overhaul.

If Cork were to have any hope then they would need a huge third quarter. The odds were against it and it never materialised. The 3rd quarter saw normal service resumed, Limerick managed seven of the next 11 scores to lead 3-26 to 1-16 at the second water break.

Shane Barrett and Pat Horgan landed two Cork points in a row as the Rebel fans started to stream out of Croke Park. The rebel rising would have to wait for another day and no doubt that these two counties will cross swords again in big games in the near future.

Tom Morrissey landed one of the best worked scores of the game on 62 minutes. Diagonal passing, superb first touch and clinical finishing. The imperious Cian Lynch with another point from play as Cork were staring to fade. 3-28 to 1-18 after 65 minutes.

David Reidy and Pat Ryan landed points in the later stages to equal and surpass Kilkenny’s record score in an All Ireland final. 3-32 to 1-22 at the full time whistle. 3-28 from play and the best 70 minutes seen in Croke Park in a long time.