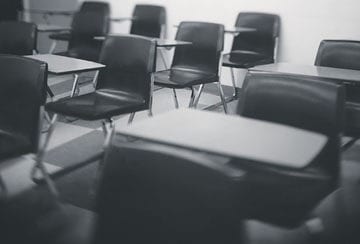 PUBLISHING the results of his back to school costs survey, Labour education spokesperson Aodhán Ó Ríordáin has called on Government to use the Budget to make primary education genuinely free of charge. Deputy Ó Ríordáin said:

“I carried out a survey to get feedback on back to school costs with nearly 250 parents responding over a fortnight. The results confirmed what we always knew from multiple other sources that this time of year is a major source of financial worry for parents but little or nothing has been done to reduce costs in recent years.

“What we found is that the average family is spending nearly €900 on back to school costs, with this rising to €1,185 for households with secondary school children.

“School books should simply be free. We estimate the annual cost of this would be €40 million across our school system. €1 million was provided last year for a pilot in 102 DEIS primary schools but it is time to make it a national commitment. For schools that require tablets or ipads the costs are significantly higher and where subsidised are often tied to voluntary contributions. If the Minister won’t commit to free books, then at a minimum she should review the book rental scheme to make sure it is working as intended, ensure schools without a scheme roll it out, and put in place clear guidelines for tablets.

“Four out of five parents are asked for a voluntary contribution with the average fee being €140. 29% of parents said there were consequences for non-payment such as withholding of lockers and books, and constant reminders through texts, school apps and letters. The payment was often called a bill, and parents experienced embarrassment and mortification if it wasn’t paid.

“It’s two years since I introduced a bill to ban voluntary contributions and I would urge the Minister to take up my proposals again. Capitation grants should be increased to cover rising costs.

“Often overlooked in the cost of school more generally is the cost of lunches on families. Strong international evidence points to the success of school meals programmes in improving children’s capacity to learn. They are also essential for the most vulnerable children who come to school without having eaten breakfast and with no school lunch. The Government should look to be ambitious in this regard at the Budget – no child should be left hungry by the State.

“A third of parents felt that communications about money made them less likely to engage in school life. With the Budget six weeks away, the Minister has an opportunity now to finally address back to school costs once and for all. Many parents are really struggling, particularly as their children move through the school system and into secondary school. Parents shouldn’t be forced to pick up the tab for the failure of the Government to fund the actual costs of educating our children.

“We are committed to creating a fair start for all children, and by implementing a range of measures the government can transform our education system and reduce pressure on parents. We need to see this October: