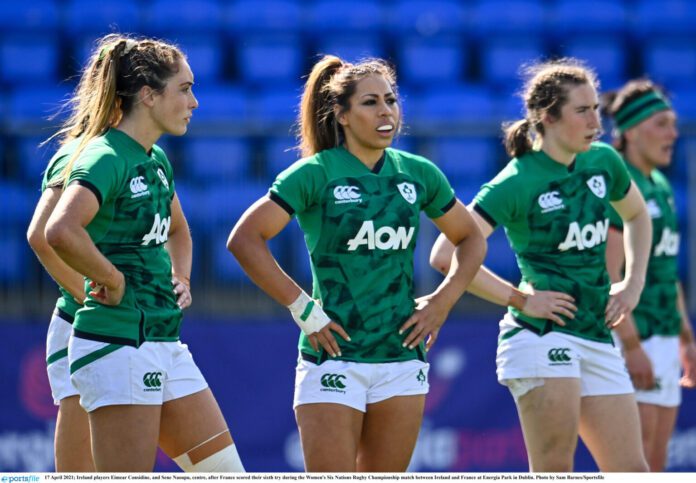 IRISH Head coach Adam Griggs named his 28-player squad for Rugby World Cup 2021 Europe Qualifier in Italy. Munster back-row Ciara Griffin will lead the side as they set out to earn their spot in next year’s global tournament in New Zealand.

Griffin will be accompanied by five of her Munster teammates as they travel to Italy this coming week; namely, Enya Breen, Eimear Considine, Emily Lane, Amee-Leigh Murphy Crowe and Munster’s Women’s player of the Year for 2021 Dorothy Wall.

Griggs will have plenty of experience within his squad to draw from, rejoining the squad is Edel McMahon who missed the Women’s Six Nations campaign through injury. Other experienced players in the mix is Leinster centre Sene Naoupu with 41 Irish caps, as well as two time Six Nations winner Claire Molloy with 71 caps.

“It’s an exciting group including a good mix of experienced players who have been involved in big Test matches and understand the detail, preparation and intensity required to win at this level. We are looking forward to heading to Parma and fine-tuning our game for Spain first and foremost.”

Ireland are then set to face Scotland in Round 3 of the tournament on Saturday 25th of September at 5pm. The top team will secure a spot in Group B at Rugby World Cup 2021 and the runner up will enter the Final Qualification Tournament.

Take a look at Griggs 28-player squad below: