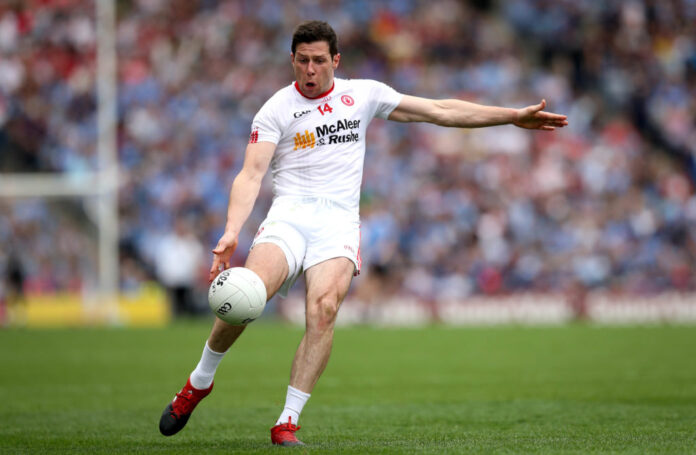 Cricket Fans can enjoy England v India from 10.15am on Sky Sports Cricket.

Soccer at domestic level has returned following the international break with some mouth watering games on show. Crystal Palace will play Tottenham in the early kick off from 12.30pm and is available on BT Sport 1. The return of Cristiano Ronaldo to Manchester United is the story of the weekend as his side will face Newcastle at Old Trafford at 3pm on Premier Sports 1. The late kick off involves Chelsea and Aston Villa who will kick off at 5.30pm, the game can be found on Sky Sports Premier League.All highlights will be available through Match of the Day on BBC 1 from 10.40pm.

Formula One action will include the practice & qualifying for the Italian Grand Prix from 10.30am on Sky Sports F1.

Horse Racing enthusiasts can enjoy the action from Leopardstown on RTÉ 2 from 1pm which will include the Irish Champion Stakes. UTV will broadcast from Doncaster and Chester also, which can be caught from 1.30pm.

Sky Sports Mix will show live coverage of the World Cup of Darts from 1pm.

RTÉ 2 will have all the GAA action from the All-Ireland senior football final as Mayo will face the challenge of Tyrone from 5pm.

Rugby can be found on TG4 as the Women’s Interprovincials return with Connacht playing Ulster at 5pm, followed by Leinster facing old rivals Munster from 7.30pm. Top 14 action will be shown on Premier Sports 1 from 8pm as Racing 92 face off against La Rochelle, earlier in the day Premier Sports 2 will have live coverage of more domestic action from France as Perpignan play Biarritz at 2pm, followed by Bordeaux v Stade Francais at 4pm.

The PGA Championship will continue on Sky Sports Golf from 9am, with live coverage from Wentworth.

Sky Sports Arena will have Sundays rugby action covered as New Zealand face off against Argentina in the Rugby Championship, the game will be live at 8.05am. Later at 11.05am South Africa will take on Australia on Sky Sports Mix.

Cricket will resume as England v India can be found on Sky Sports Cricket from 10.15am.

Camogie action will involve the All-Ireland Finals as from noon Armagh will take on Wexford, followed by Antrim and Kilkenny at 2pm. The senor game and last kick off will involve Cork and Galway from 4.15pm. All the action can be found on RTÉ 2.

The World Cup of Darts will continue with all the action being shown on Sky Sporst Arena from noon.

Premier League action on Sunday will see old rivalries resume as Leeds will take on Liverpool from 4.30pm. Coverage can be found on Sky Sports Premier League. Championship action will be available from 2.30pm on Sky Sports Football as Nottingham Forest face off against Cardiff City.

The Italian Grand Prix will start at 12.30pm with Sky Sports F1 covering the action.

Horse Racing will be shown on ITV 4 from 4pm with action from Haydock Park and Musselburgh. RTÉ 1 will have coverage from the Curragh at 1.55pm.

The NFL has returned and will be available to view on Sky Sports NFL as Pittsburgh Steelers @ Buffalo Bills will be live from 6pm, Cleveland Browns @ Kansas City Chiefs will be available at 9.25pm and finally Chicago Bears @ Los Angeles Rams will be on at 1.20am.