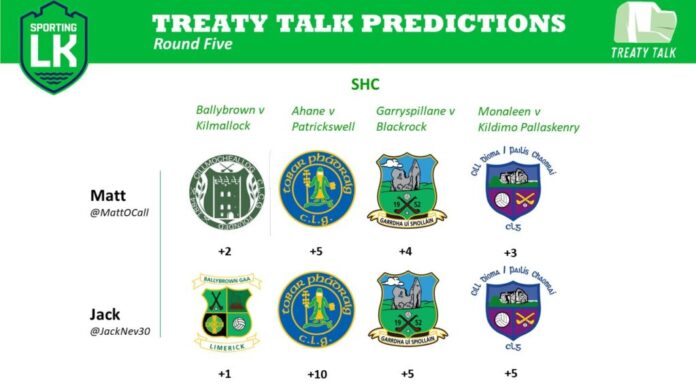 KILDIMO Pallaskenry faced Monaleen in their first ever game in the senior grade in the LIT Gaelic Grounds.

The Premier Intermediate champions led from start to finish as they ran out 0-20 to 0-15 winners over Monaleen.

KP raced into an early lead with Barry O’Connell, Jack O’Keeffe and Shaun Barry among the early scorers.

Kyle Hayes, who operated in the full forward line, got his first score of the day after 15 minutes to push Kildimo six clear.

At the waterbreak the advantage was 0-9 to 0-3 in their favour.

Only five scores would come in the second quarter as Kildimo Pallaskenry stretched their lead out to seven, O’Keeffe getting his fourth of the evening.

After a lacklustre first half, All-Ireland winner Darren O’Connell burst into life in the second period clipping over a couple as KP took complete control of the contest.

Equally impressive was Cathal Downes with the Limerick U20 star dominant throughout the field.

With 37 minutes on the clock, KP had their first ten point lead of the day as Barry free had it 0-16 to 0-6 in their favour.

Five minutes later the lead was out to eleven but Kildimo Pallaskenry wouldn’t score again for almost 20 minutes as Monaleen launched a comeback.

Four on the trot had the deficit back to seven approaching the final quarter.

Three more on the bounce followed after the restart to bring the sides within four, which could have been one had Donnacha O’Dalaigh’s blistering shot been six inches to the right as it sailed just wide of the post.

But when needed most, Hayes stood up to break the KP famine as his 60th minute point made it a five point game.

Monaleen had the next score but the final point of the day was made and finished by Hayes and O’Connell as Kildimo Pallaskenry deservedly took the win.

Kildimo Pallaskenry now face Adare next weekend with the winners advancing to the SHC quarter-final.

Monaleen will contest the relegation final where they will meet one of South Liberties, Garryspillane or Blackrock.