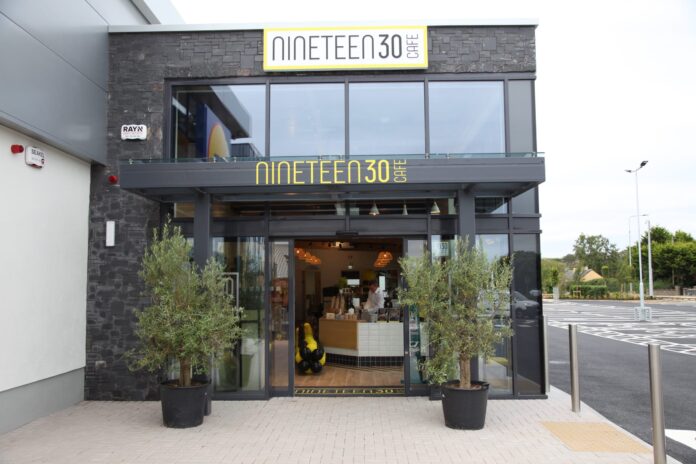 Limerick-based 1930 Café has launched its new coffee shop concept with a plastic-free and lidless takeaway cup as part of its initiative to tackle plastic pollution, including the huge volumes generated by plastic-coated coffee cups and plastic lids.

This first outlet in the concept is set to save more than 1 million plastic coffee cups and lids a year by using the new sustainable cup. Overall, 1930 Café’s emphasis is upon reducing plastic usage combined with enhanced waste segregation directed to reuse, recycling and composting. It is planned to expand the concept throughout Ireland.

Unlike traditional takeaway cups, ButterflyCup does not contain a plastic laminate lining, is certified as fully recyclable, home compostable and free of toxins and PFAS (known as the ‘forever chemicals’). In addition, its unique all-in-one design eliminates the need for a plastic lid.

The cup also biodegrades naturally, at the same speed as raw paper, if it is discarded into the environment, leaving no microplastic or toxic residues.

Some 550,000 takeaway coffee cups are currently placed on the Irish market each day.[i]

Most takeaway cups cannot be recycled due to their plastic lining. In addition, plastic-coated cups and lids are a major contributor to environmental litter. This litter takes decades to biodegrade and, when it does, generates residues of microplastic and toxic PFASs.

In 2019 Irish Business Against Litter (IBAL) found five in six beaches and waterways were not considered clean enough to meet European standards.[ii] Takeaway coffee cups accounted for much of this litter.

Andrew Moloney, founder of 1930 Café said “With the huge amount of pollution caused by plastic coffee cups, adopting the ButterflyCup was a no brainer for us. It solves the issue of plastic waste caused by takeaway coffee cups which has plagued our industry for decades.

“We are delighted to be using ButterflyCup. Our customers love both the cup and its strong environmental credentials, as it eliminates the use of plastic and is certified as both fully recyclable and home compostable.”

Tommy McLoughlin, Founder and CEO of ButterflyCup said “In Ireland we use hundreds of thousands of plastic coffee cups each day, with the vast majority ending up in landfill or as environmental litter.

“For too long this issue has gone unchecked. We want to solve this problem with the world’s most environmentally friendly disposable cup – a cup which won’t leave a lasting negative impact on the planet.

“We are thrilled that 1930 Café has adopted ButterflyCup and is doing its bit to address the plastic crisis the world is facing.”