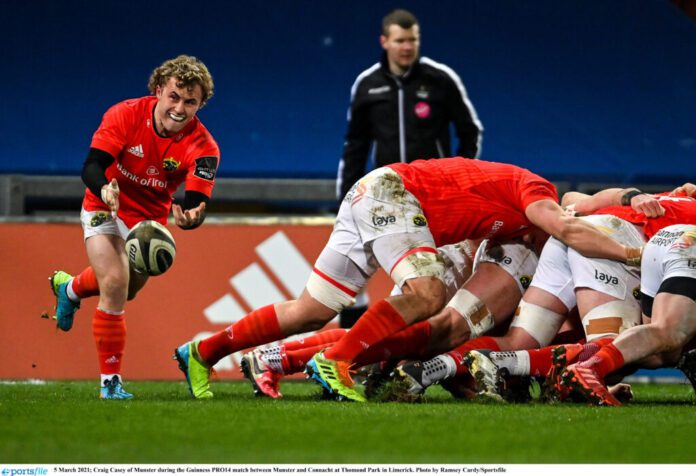 MUNSTER’S opening round game of the United Rugby Championship will be televised live and free-to-air next weekend along with both Leinster and Connacht.

The home game at Thomand Park will be shown on RTÉ 2 from 7.35 where Munster will host South African outfit Cell C Sharks on Saturday 25th of September. The games will also be available to stream on RTÉ Player.

Connacht will kick start their season with a home game at the Sportsground on Friday, 24 September at 7.35pm as they welcome Welsh side Cardiff to Galway. Coverage of the game will again be available on TG4.

Leinster will join the two other Irish provinces in having home advantage for the opening round as Vodacom Bulls will travel to the Aviva stadium to kick off the campaign. The match will begin at 5.15pm with TG4 broadcasting the action.

The new format which was previously known as the Pro14 championship will now include four new teams, all of which are South African. The newest members are the Bulls, Sharks, Emirates Lions and the DHL Stormers, all of which had previously competed in the Rainbow Cup.

RTÉ 2 will have radio and online coverage available as well as the broadcasting of selected live games, 26 of which will feature the Irish provinces alongside the knockout matches and rounds of the newly formed competition.

The campaign will play host to 18 regular rounds to which the top eight of the 16 teams competing will advance forward with their season with play-off places claimed.

The final of the URC will also be free-to-air with TG4 and RTÉ 2 gaining licence to broadcast the final on alternate years. The combined efforts of both companies will provide fans with over 150 hours of the rugby competition, all of which are free to view this season.

Highlights of all the action from each round will also be available through the RTÉ produced show Against the Head which can be found on RTÉ 2 and RTÉ Player.