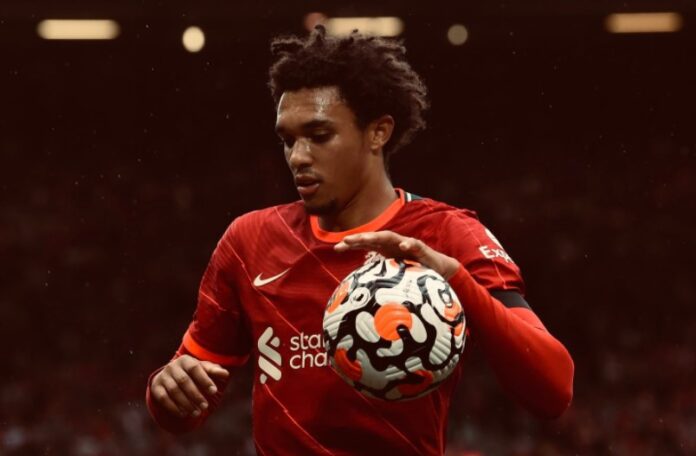 Another week gone brings another weekend of delectable sporting action, from around the globe, here’s what’s on, where it’s on and when.

In Rugby the southern hemisphere giants in Australia and South Africa face bright and early at 8am on Sky Sports Arena, followed up by a potential repeat of New Zealand’s demolishing of Argentina last week, or a chance of revenge from the Argentinians, whichever, it follows straight after the Australia-South Africa game on Sky Sports Arena at 11am. Top 14 Rugby also recommences as Casters face Bordeaux, and Montpellier play Toulouse, both on Premier Sports 2 from 2pm and 4pm. Also in Top 14 action, Clermont host Las Rochelle at 8pm on Premier Sports 1. While across the channel, in Premiership Rugby, Exeter Chiefs are looking to shake of a friendly loss to Munster, as they travel to take on the Leicester Tigers at 3pm on BT Sport 3.

After the mid-week European fixtures, league Soccer returns, first chance to catch any of the games on TV is the Premier League tie between Wolves and Brentford, both looking to gain a foothold in climbing up the table, that game is live on BT Sport 1 at 12.30pm. To keep up to date with all the games, Football Focus on BBC1 starts at noon until 1. On Sky Sports Football, the championship tie between Hull City and Sheffield Utd starts at 12.30pm. At 3pm on Sky Sports Premier League, Vieira’s Crystal Palace travel to the Merseyside Red home of Liverpool. While Rafa’s revolution takes another step at Everton as they play Aston Villa at 5.30pm on Sky Sports Premier League.  In European action, La Liga TV has all the action from 1pm to 8pm, as they show the 4 games including Rayo Vallecano v Getafe, Atletico Madrid v Athletic Bilbao, Elche v Levante, and lastly Alves v Osasuna. While in Italy, Inter Milan stage another bid to defend their crown as they face Bologna at 5pm, live on BT Sport 1, followed by Salernitana v Atalanta, also on BT Sport 1. In the Bundesliga, Cologne face RB Leipzig at 5.30pm on Sky Sports Football. While in France, Saint-Etienne play Bordeaux at 8pm, live on BT Sport 3. And to catch on all the Premier League games, Match of the Day, rounds up all the action, on BBC1 at 10.30 at night.

Horse Racing fans can catch the races at Newbury and Ayr on Virgin Media 1 and UTV from 1.30pm to 4.30pm

And Eurosport in the place for Cycling fans this weekend, with the Tour of Luxembourg entering Stage 4, to be shown on Eurosport 1 from 1.30pm to 3.30pm. While on Eurosport 2, the Belgian one day race, Primus Classic is live from 3.15pm to 4.30pm.

In Premiership Rugby, BT Sport show the Newcastle hosting Harlequins from 3pm. And Toulon are at home to face Stade Francais, this Top 14 game is live on Premier Sports 2 from 8pm

In Soccer, the Premiership fixtures of West Ham v Man Utd, and the London Derby of Spurs v Chelsea, can be caught on Sky Sports Premier League from 2pm and 4.30pm. In Scottish football, the Dundee Derby can be viewed on Sky Sports Football from 12pm. In Italy, BT covers all the games, including: Empoli v Sampdoria on BT Sport 1 from 11.30am, Venezia v Spezia on BT Sport 3 at 2pm, Lazio v Cagliari also on BT Sport 3 at 5pm, Mourinho’s Roma travel to Verona, shown on BT Sport 2 at 5pm, while the Juggernaut tie between Juventus v AC Milan in live on BT Sport 1 at 7.45pm.  In Spain, La Liga TV hosts the games between Mallorca v Villarreal, Real Sociedad v Sevilla, Real Betis v Espanyol, and Valencia v Real Madrid, all being shown one after another from 1pm to until Real Madrid kick off at 8pm. In France, ESPN hosts the Angers v Nantes at 2pm, while on BT Sport 2 at 7.45pm sees the Old Rich vs New Rich, as Lyon travel to PSG. Sky Sports Football hosts the only live German game, as Wolfsburg face Frankfurt at 6.30. And to catch on all the Premier League games, Match of the Day 2, rounds up all the action, on BBC1 at 10.30 at night.

In the Golf, Sky Sports Golf hosts the Dutch Open in Bernardus, from 12pm to 4pm. While at night the Fortniet Championship continues in California, from 11pm to 2am in the morning. And coverage of the LPGA Tour in the Portland Classic in West Linn from 8pm to 11pm.

On BBC2, the Cycling is on, showing the Belgian Road World Championship from 1.30pm to 4.15pm

In Motor GP, BT Sport 2 at 12.30pm has the coverage of the Grand Prix of San Marico as part of the Misano World Circuit

The UFC recommences, with the Main event between Light Heavyweight fight between Anthony Smith and Ryan Spann in Las Vegas, the coverage starts Irish time, at Sunday midnight and continues well into the early Sunday morning.

In NFL action, on Sky Sports NFL, the games between the San Francisco 49s vs the Philadelphia Eagles starts at 6pm, the game between the Dallas Cowboys and the LA Chargers kicks off at 9.25pm, and lastly KC Chiefs face the Baltimore Ravens at 1.20am in the morning