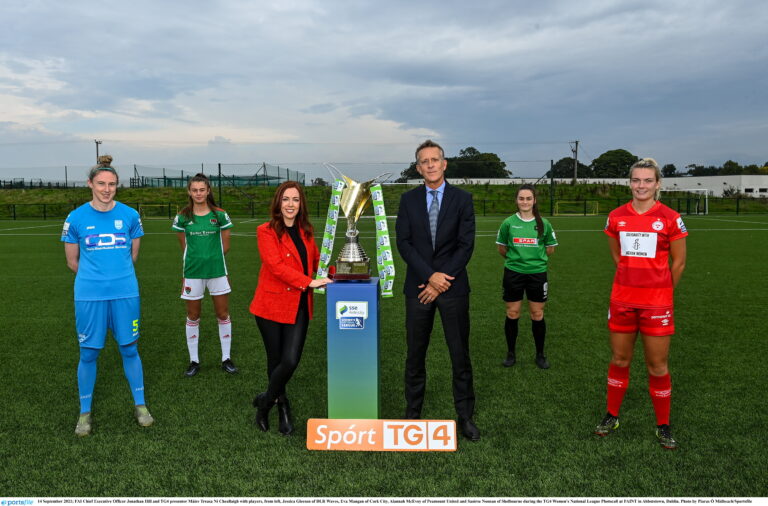 THE Women’s National League is set for live TG4 coverage this autumn.

The FAI and TG4 recently announced a deal to screen four live games as the 2021 season reaches its dramatic conclusion.

It’s the first time in the league’s 10-year history that games will be shown free-to-air on a national broadcaster. They’ll also be available for a global audience on the TG4 Player.

Peamount United, Wexford Youths and Shelbourne are all in with a shot. It’s the latter who will be in action in the first game of the live coverage.

Shelbourne’s game v DLR Waves on Saturday, 2 October at 5pm in Tolka Park is the date for the diary.

The action will be presented by Galway sports broadcaster Máire Treasa Ní Cheallaigh.

Speaking at the launch, TG4’s Head of Sport is excited about the news.

“TG4 is delighted to have football back on the station and we look forward to an action-packed season from the SSE Airtricity Women’s National League. We are very proud to continue to lead the way in broadcasting of women’s sport in Ireland and to bring the best of sporting action to our audiences.”

Details of the remaining games that will be shown live on TG4 will be announced soon.