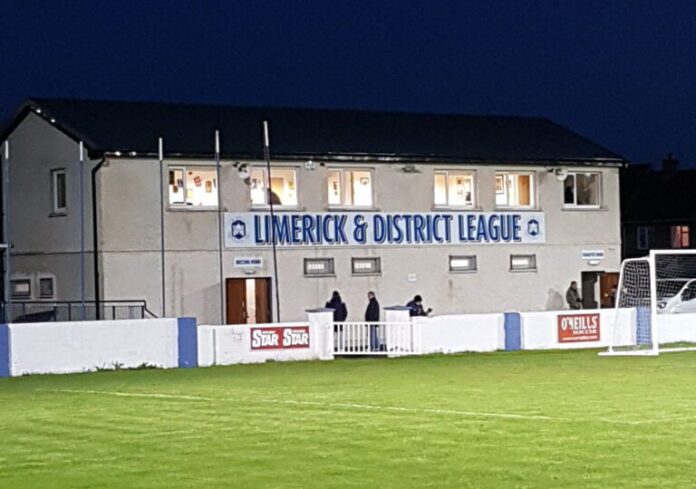 FOLLOWING on from last weekend’s FAI Junior Cup action, the Tuohy Cup begins tonight with the meeting of Coonagh United and Ballynanty Rovers at Jackman Park (7pm). The Tuohy Cup is contested by all Premier Division sides and all rounds will be played at the Carey’s Road venue. Pike Rovers are the holders of the competition since 2019, the last time that a final was contested.

Coonagh have had a reasonably solid start to the season under the stewardship of Keith Doran and James O’Neill and currently sit in 7th place with 7 points. They enjoyed a comfortable 8-1 victory in the FAI Junior Cup over Abbey Rovers, but this will be an incomparable challenge with all due respect to the lower league side.

The recent loss of Martin Deady to Fairview hurt the side especially from set-pieces, with the former Limerick FC man netting four times for the northsiders before departing for the FAI champions.

Similarly, to most teams at junior level at present, the Achilles heel for O’Neill and Doran’s team has been the concession of goals with 15 conceded in 6 games. However, most of those goals came in a 6-2 defeat to Pike Rovers. They have gained plaudits from many observers who commented on their organisation, and they will need to be at their best to topple Dave Dunphy’s Balla side.

There is one game scheduled in the FAI Junior Cup between Nenagh AFC and Hill Celtic at Brickfields on Sunday morning (10.30). Despite a bright start to the Premier Division season, Cillian Fitzpatrick’s Nenagh side have struggled as of late with a defeat to Janesboro and a draw with Kilmallock being below the earlier high standards they had set but they will be expected to advance against the Premier A strugglers.

There are several fixtures to be played in the Munster Junior Cup on both Saturday evening and Sunday morning and these fixtures can be viewed on the Limerick District League official website. One of the eye-catching ties will see Premier A promotion hopefuls Atlunkard Villa travel to Pearse Stadium to take on a struggling Janesboro side. Janesboro are under new management this season with Daithi O’Donoghue at the helm and he was very disappointed with last weekend’s defeat to Geraldines.

There is also a local derby to be played in Southill with Southend, fresh off the back of a good win over Premier A side Corbally United, hosting near neighbours Carew Park, who recently re-signed Johnathan Grant from Pike Rovers.

There are two games in the Premier Division which affects the bottom end of the league. Prospect host Geraldines at Cals Park on Sunday morning with both sides desperate for league points. Geraldines are without a league point this season but will be buoyed by last week’s victory in the FAI Cup.

However, Wayne Colbert’s side have been very competitive in the league this year with just ten goals conceded. Although they are mean defensively, scoring goals has proved a problem but Colbert will be hoping that the recent return of Tyrique Leamy from Janesboro will help on that front.

Ballynanty Rovers will host Kilmallock in Limerick Institute of Technology and despite the quick turnaround from the Tuohy Cup encounter, they will be expected to inflict more misery on a struggling Kilmallock side who secured a morale boosting cup win over Summerville Rovers last weekend.