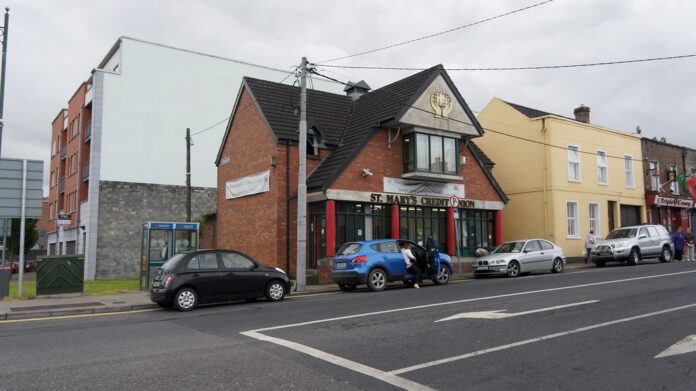 A newly established CU AHB Fund (Credit Union Approved Housing Body Fund), launched today, will oversee up to €800 million investment in social and affordable homes, with an initial investment of €200 million in the next 12 months.

This fully authorised and regulated Fund is a unique collaboration between Credit Unions and Tier 3 AHB’s and paves the way for Credit Unions nationwide to invest in Tier 3 AHBs. The announcement has been widely welcomed for its collaborative approach to helping solve the housing crisis. The initial planned investment of €200 million by Credit Unions will allow for the delivery of upwards of 1,000 homes, with the Fund ultimately approved for investment of up to €800 million in the medium to long term.

The Fund backers have been working through the regulation process with the Central Bank since early 2020 to obtain final authorisation. The CU AHB Fund is a separate regulated entity that has been set up as a sub-fund of Multaque Funds ICAV (an Irish Collective Asset Vehicle) which, subject to regulation, will allow for the creation of further similar Credit Union funds. This will allow for Credit Unions throughout the country to play a greater role in addressing the country’s housing crisis, a specific goal of the Fund’s backers.

The Fund has been established with backing of four credit unions: Core, Dubco, Heritage and Progressive and is open to all credit unions throughout the country to invest. Donal Coghlan will serve as a Director of the Fund and is joined on the Board by Chairman, Brian Murphy and Patrick O’Sullivan. Coghlan played a leading role in restructuring the Credit Union sector, as CEO of the Credit Union Restructuring Board.

Chairman of the CU AHB Fund, Brian Murphy said, “The value to society of launching the CU AHB Fund, which brings together two pillar institutions of local communities, to support Government efforts to address the national housing crisis, is enormous. The Government has committed to providing 90,000 social housing units by 2030 and this will require innovative financing and housing solutions. Deploying some of the enormous Credit Union surplus liquidity is one such solution and a new source of housing finance. This investment fund is an exciting partnership between the Credit Union sector, trusted institutions embedded in every community in the country, and Tier 3 Approved Housing Bodies, which will provide long term finance to enable AHBs to deliver badly needed homes in local communities”.

The Fund will advance loans to AHBs in respect of their designated mandate of supplying social, affordable, and special needs homes.

To date, the House Finance Agency has provided up to 80% of the finance needed for AHBs.

The CU AHB Fund is authorised by the Central Bank of Ireland as a Loan Originating Fund and is a sub-fund of Multaque Funds ICAV an Irish Collective Asset Vehicle. The Fund has an independent Board of Directors that has ultimate responsibility for oversight and for ensuring that the fund is operated in accordance with the applicable legal and regulatory requirements.

Donal Coghlan, Director of the CU AHB Fund said, “The CU AHB Fund will play a pivotal and tangible role towards the provision of social housing for people in Ireland. We have been working very hard in the background to ensure a swift roll-out of investment once we were given the green light by the Central Bank. So, today is an exciting day for us and for the Irish Credit Union movement”.

“Everybody benefits from this new CU AHB Fund. It has been set up by Credit Unions for all Credit Unions. Approved Housing Bodies now have a new competitive lending partner that is aligned with their own values and objectives, while Credit Unions get to put their members’ money towards a productive important local initiative. It also frees up significant Government resources to address other essential projects, while providing much-needed homes. In essence this is the cooperative model operating at the highest level with ordinary people coming together and helping each other.”

While the CU AHB Fund is authorised to invest in the construction and / or purchase of new portfolios, the initial emphasis is on the purchase of completed developments to ensure speedy delivery and to avoid constraints or delays with planning or the availability of labour and materials.

Minister of State with responsibility for Credit Unions, Sean Fleming said, “I would like to congratulate the Credit Unions involved on the establishment of a Fund authorised by the Central Bank to invest in Approved Housing Bodies. Since I became a Minister it has been a personal priority of mine to facilitate Credit Union investment in large scale social housing projects. It is a very significant milestone for the sector. This new Fund will help support the delivery of our Housing for All Action Plan, which is the largest State led building programme in Ireland’s history. The progress made by the Credit Union Approved Housing Body Fund and other ventures should inspire further collaborative efforts. In the months ahead, I shall bring forward new policy proposals to help grow and support Credit Unions.”

Camille Loftus, Executive Director Housing Alliance says, “The Housing Alliance is a collaboration between six of the largest Approved Housing Bodies in Ireland, providing approximately four in ten of all social homes currently in construction nationwide. The Housing Alliance welcomes the advent of a new source of development finance for badly needed social homes. Many Housing Alliance residents are Credit Union members, and this initiative highlights a core value of both: harnessing our collective resources to develop vibrant and resilient communities.”

Tier 3 AHBs are larger Approved Housing Bodies, with more than 300 housing units on their books and are granted approved status by the Minister for Housing, Planning and Local Government under section 6 of the Housing (Miscellaneous Provisions) Act 1992 (the “Housing Act”). There are currently 23 registered Tier 3 AHBs.