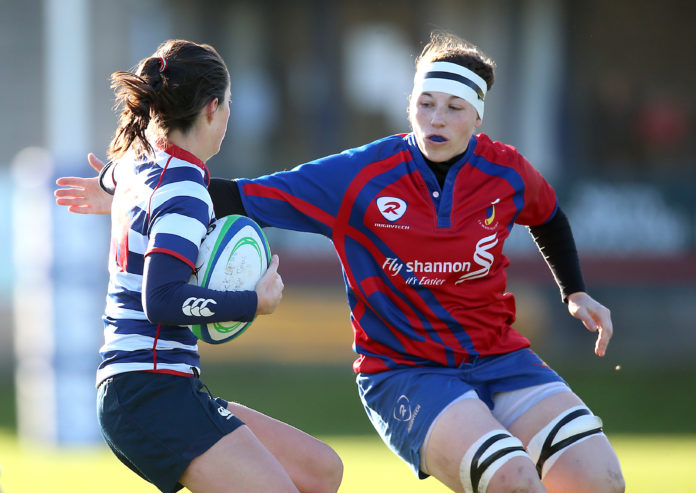 In the Women’s All Ireland League, defending champions UL Bohemian welcome Cooke to the UL Arena for their opener and newcomers Ballincollig begin their campaign with a home tie against Suttonians.

Proceedings get underway in the Munster Junior Clubs’ Challenge Cup, with two first round ties down for decision in West Cork on Saturday evening.

Bandon welcome Richmond to Old Chapel and the winners will be rewarded with a trip to Tipperary Town to take on Clanwilliam.

Clonakilty entertain Mallow at the Vale and the winners will have home advantage against Galbally or Waterpark, who meet in County Limerick on Sunday.

Abbeyfeale lock horns with St Senan’s at the West Limerick venue and the winners will have home advantage in the quarter finals against Old Christians or Kilfeacle, who meet at Rathcooney.

Thomond host Newcastle West at Liam Fitzgerald Park in the top game of the round, with a home quarter final against Crosshaven or Muskerry awaiting the winners.

There is a full programme of games in the Munster Junior Clubs’ Challenge Shield on Sunday.
St Mary’s entertain Killorglin at Grove Island and the winners will have a home quarter final tie with Fethard or Fermoy, who meet in South Tipperary.

Waterford City welcome Ballincollig to Suirside and the winners will be at home to Kinsale or Charleville, who go head to head at the South Cork venue.

Scariff take on Thurles in East Clare and the winners will meet Tralee or Cobh Pirates, who lock horns in the Kingdom.

Mitchelstown host Kanturk in the North Cork derby and the winners will be rewarded with a home tie in the quarter finals against Dungarvan or Ennis, who meet in West Waterford.

In the opening round of the Martin O’Sullivan Cup, Bantry Bay are at home to Castleisland and the winners will be away to Douglas in the semi-finals.

Killarney welcome Dunmanway to the Kingdom, with Youghal awaiting the winners in East Cork.

In Division 1 of the Muster Women’s League, Tipperary host Kerry in Thurles.

There are two games in Division 2, which see Dolphin taking on Ballincollig at Musgrave Park. This will be Ballincollig’s second side and they will be anxious to give their fringe players some game time.

Waterpark make the long trip to West Cork to meet Skibbereen at the Carbery Showgrounds.

There is also local action at Junior 2 level in North and South Munster.

In North Munster, Richmond are at home to Limerick City neighbours Thomond in the semi-final of the McInerney Cup, with Presentation awaiting the winners in the decider.

Ballincollig lock horns in the second semi-final of the Muskerry Cup at Tanner Park, with the winners meeting Cork Constitution in the final.