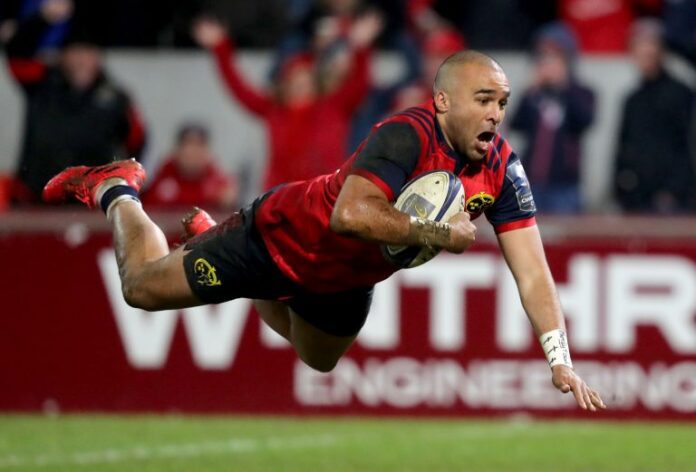 IT’S that time of the week once again where we will run you through the jam-packed action of sports that will be on this weekend. We will let you know what you can watch and where you can find it.

Rugby action on Saturday will include some highly interesting clashes as the Rugby Championship continues. New Zealand will face old rivals South Africa at 8.05am, followed by Australia facing off against Argentina at 11.05am, all coverage will be available on Sky Sports Arena. The United Rugby Championship will kick off this weekend as Leinster will host the Blue Bulls from 5.15pm and will be shown live on Premier Sports. Edinburgh will welcome the Scarlets from the same time on Premier Sports 2. Munster will host the Sharks from 7.35pm, the game will be live on RTÉ 2. In Women’s action Ireland will face Scotland in a World Cup Qualifier from 5pm. BBC Sport Online will be showing the match.

F1 action will come from Russia as practice & qualifying begins at 9.45am on Sky Sports F1.

Cycling enthusiasts will be able to enjoy the Road World Championship from Belgium on BBC 2 from 2pm.

In what will be a huge weekend in golf, the Ryder Cup foursomes & Fourballs will be broadcast on Sky Sports Golf from 1pm.

Soccer once again takes place with the Premier League resuming as Chelsea will play host to Manchester City in the early kick off from 12.30pm. Coverage will be shown on BT Sport 1. Manchester United will welcome Aston Villa to Old Trafford at the same time. Premier Sport 1 will broadcast the game. Sky Sports Premier League will televise the late kick off between Brentford and Liverpool at 5.30pm.

Tennis will come in the form of the Laver Cup from 6pm on Eurosport 1.

In what is a huge night in boxing, Anthony Joshua will step in the ring to face Oleksandr Usyk. Sky Sports Box Office will have the fight available, while the card will begin at 6pm.

The UFC will be live from Las Vegas on BT Sport 1 at 3am as Alexander Volkanovski will face the challenge of Brian Ortega.

The Road World Championship will continue on Sunday, with the action from Belgium available on BBC 2 from 2.40pm.

The Russian Grand Prix will take place from noon and can be found on Sky Sports F1.

The Premier League will involve Southampton v Wolverhampton at 2pm, followed by a huge clash between Arsenal and Tottenham at 4.30pm. Both games will be live on Sky Sports Premier League.

The United Rugby Championship will be available from 2pm on Premier Sports 1 as the Dragons will host Ospreys.

GAA entertainment will involve the Mayo Senior Football Championship as Breaffy will face The Neale at 2pm, followed by the Tipperary Senior Hurling Championship between Borris- Ileigh and Nenagh Éire Óg at 3.45pm. All the action will be available on TG4.

Golf will again be live on Sunday with the continuation of the Ryder Cup as singles will take place from 2pm on Sky Sports Golf.

The Laver Cup in tennis resumes on Eurosport 1 at 5pm.

NFL will include games such as Los Angeles Chargers @ Kansas City Chiefs from 6pm, Tampa Bay Buccaneers @ Los Angeles Rams at 9.25pm, while Green Bay Packers will be @ San Francisco 49ers at 1.20am. All games will be covered on Sky Sports NFL.