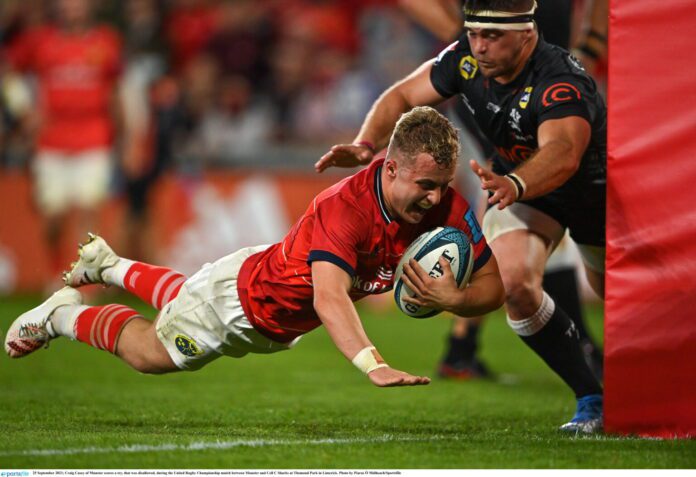 Soccer return in the form of Premier League action as Manchester United will host Everton at Old Trafford in the early kick off. The game will be live on BT Sport 1 from 12.30pm. Sky Sports Premier League will be showing Brighton v Arsenal from 5.30pm.

Horse Racing will be live on ITV4 from 1.30pm with action from Ascot & Newmarket.

UFC action will be live from Arizona as Thiago Santos v Johnny Walker will be on at midnight on BT Sport 1.

Cycling will be available on Eurosport 1 from 9.40am with action from the Paris-Roubaix.

In soccer the Scottish Premiership will be shown on Sky Sports Football from 11am as Aberdeen host Celtic.

Premier league action on Sunday will include Crystal Palace v Leicester from 2pm, followed by Liverpool v Manchester City at 4.30pm. Both games can be found on Sky Sports Premier League.

Virgin Media One will have Horse Racing available from 2pm with the Prix de L’Arc de Triomphe.

Rugby on Sunday will be action from the United Rugby Championship as Dragons will host Leinster from 2pm on RTÉ 2.

GAA will come In the form of the Waterford Senior Hurling Final as Ballygunner face Roanmore at 2pm, followed by the Galway Senior Football Championship between Annaghdown v Claregalway at 3.45pm. Both games will be live on TG4.

Darts will be live on Sky Sports Arena from 6pm as The World Grand Prix takes centre stage.