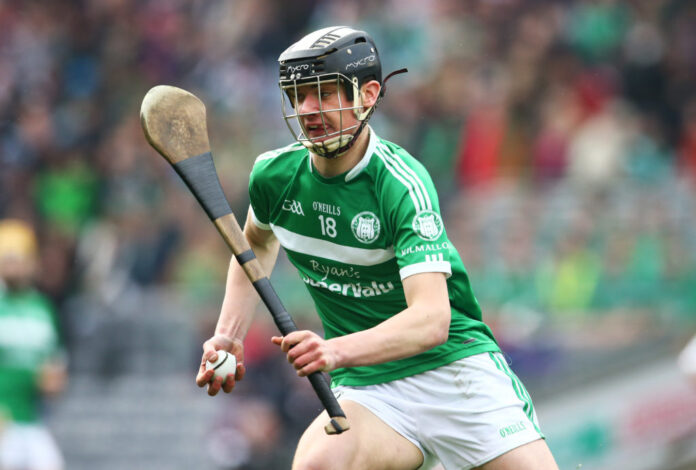 EXTRA-TIME was needed on Sunday as Kilmallock saw off the challenge of South Liberties in the Limerick SHC quarter-final.

A late surge from Kilmallock proved sufficient as they reached a 10th successive Limerick SHC semi-final with a 1-33 to 5-17 win over South Liberties AET.

Oisin O’Reilly, who was named Man of the Match with 0-7 from play, put Kilmallock ahead for the first time after 35 but Barry Nash replied with a goal.

Kilmallock drew level but a second O’Neill goal had Liberties ahead once more.

Graeme Muclahy put the Balbec ahead in the 59th minute but Tom Ryan had the final score of normal time to ensure the extra 20 minutes.

Kilmallock led by two at the break and a Mulcahy goal with seven to play had Kilmallock five ahead. Barry Nash had his second goal with the final puck of the game but it was too little too late as Kilmallock moved into the semi-final.

Check out the highlights in full below.