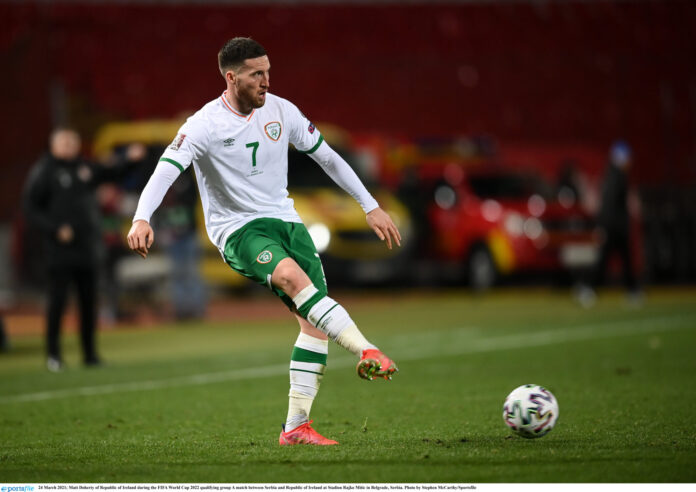 F1 action can be found early in the day as Practice & Qualifying for the Turkish Grand Prix will be live from 9.45am on Sky Sports F1.

Eurosport 1 will have the coverage of Cycling from the one-day race with the Tour of Lombardy at 9.10am. Tour de Vendee will be live later on the same channel at 4pm.

Rugby will return this weekend with round 3 of the United Rugby Championship as Leinster will host Zebre at 1pm. The game will be live on RTÉ 2. Premier Sports 1 will have the Glasgow v Lions game on at 3pm, followed by Edinburgh hosting the Stormers from 5.15pm, TG4 will show Connacht taking on the Dragons from at the same time. Cardiff will host the Bulls at 7.35pm on Premier Sports 2.

Sky Sports Arena will be live from Leicester at 8.30pm for the World Grand Prix Final in Darts.

The highly anticipated trilogy fight in boxing between Deontay Wilder and Tyson Fury will take place on BT Sport Box Office, the main card is lined up to start at 11pm.

Cricket will be available on FreeSports at 6am as UAE take on Ireland.

The Turkish Grand Prix will be on at 11.30am, coverage from Istanbul will be live on Sky Sports F1.

Golf will continue as the Open de Espana resumes on Sky Sports Golf from noon. Cognizant Founders Cup will be on the same channel from 5pm, followed by the Shriners Hospitals for Children Open at 10pm, live from Las Vegas.

Eurosport 2 will have the one-day race in cycling as the Rik Van Steenbergen will be available at 12.30pm. The Paris-Tours will also be available later on Eurosport 2 again from 2.20pm.

Rugby on Sunday will again come from the United Rugby Championship as Welsh side Scarlets welcome Munster for a 2pm kick off. The game will be available on RTÉ 2.

GAA will involve action from the Cork Senior Hurling Championship as Blackrock take on St Finbarr’s at 2pm, followed by the Antrim Senior Hurling Final involving O’Donovan Rossa v Dunloy at 3.45pm. Both games will be shown on TG4.

All NFL games will be shown on Sky Sports NFL as the New York Jets face Atlanta Falcons from 2.30pm. Green Bay Packers are @ Cincinnati Bengals at 6pm. New York Giants @ Dallas Cowboys is live from 9.25pm. Buffalo Bills @ Kansas City Chiefs will be available from 1.20am.

The Nations League third/ fourth place play off will be on at 2pm on Sky Sports Football, Followed later on with the Final itself between Spain and France on the same channel at 7.45pm.