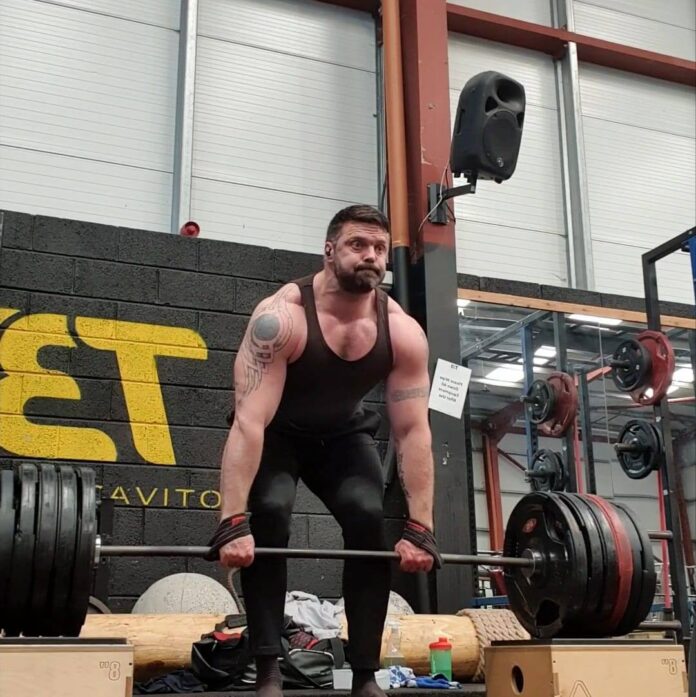 AT THE AGE of 29, Limerick native Ray Foley took up weight lifting as a means to give up smoking. Venturing into Askeaton Leisure Centre, he attempted to bench press 50 kilograms (kgs) that was left racked by a previous gym goer.

Foley’s weightlifting career would begin in complete contrast to where it is now as he failed to press the 50kgs, a weight which is dwarfed by the numbers Foley puts up in a given training session:

“I walked straight out of the gym, I was so embarrassed. But I kept going back and after a while I began to get stronger and stronger.”

Although embarrassed, Foley returned to the gym on a regular basis and began to cultivate a stringent training regimen to unlock the potential he undoubtedly had. As the years went on, strength training became a central element to Foley’s life and his raw talent for the sport became increasingly apparent.

Now a seasoned weight lifter, Foley crossed paths with the acclaimed strongman athlete Pa O’Dwyer, whom Foley then began to train with. O’Dwyer, who is currently Ireland’s strongest man for the fifth year, pointed Foley in the direction of competing at national level, only at this time it was under the discipline of Strongman rather than conventional powerlifting.

After some time training with O’Dwyer, Foley’s strength had far exceeded average standards and O’Dwyer convinced him to enter into his first Strongman competition at the Galway Strongman and Powerlifting gym. Although Foley was then 40 years of age and a late comer to the sport in many regards, he placed third against competitors much younger and with many more years of training completed.

“I asked Pa what competitions would be good and he said there was one in Galway coming up… I just wanted to compete in one of them, just to see how strong I was, that was it.” Foley had tested his strength against some of the strongest men in the country and compared exceptionally well. Now a competitive strength athlete with goals to achieve, Foley sought the right coaching to take him to the next level.

Foley found what he was looking for when he joined Limerick gym Southside Barbell, a Powerlifting specific gym known for its strong winning culture and unique atmosphere. Now under the wing of trainer Shane Brodie, Foley took his talents across codes to Powerlifting, a discipline he immediately excelled at.

Although there were many talented lifters under the tutelage of Brodie, it was the newcomer Foley who stood out. Despite his age and inexperience, Foley’s talents were impossible for Brodie to ignore. Brodie signed Foley up to compete at nationals where he would be competing against Ireland’s strongest men in powerlifting, just mere weeks after entering the sport of Powerlifting. 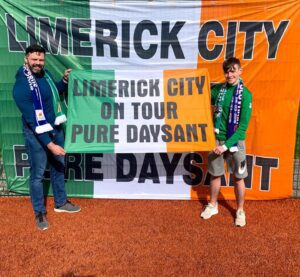 Foley dominated his class at nationals, breaking and now holding four Irish records and claiming the title of national Champion. Amazingly, his performance at nationals earned him a spot on the Irish Powerlifting Association’s national team to compete at the World Powerlifting Championships in Portugal this coming November.

He will compete in the 125kg M40+ category, where he is set to attempt his heaviest lifts yet. At the moment, Foley is reaching some astronomical numbers in each of his three compound movements. For Squat, he lifts within the realm of 260kgs, his bench press is a little less than 190kgs while his deadlift can get as heavy as 300kgs. These are all limits that Foley expects to exceed when he steps up to compete at the WPC in the coming weeks.

Although Foley’s beginnings at the sports of Powerlifting was unconventional, the 41-year-old has earned his spot amongst the country’s strongest men and women and will continue to fulfil his potential when he represents Ireland at the World Powerlifting Championships in the coming weeks.