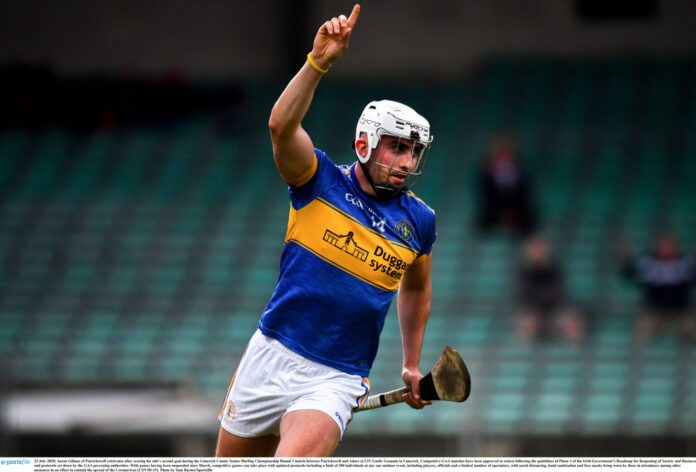 Patrickswell completed the Limerick SHC final line-up as they beat Na Piarsaigh 3-21 to 1-22 in their semi-final yesterday.

Two goals inside the opening quarter set the tone for a Patrickswell side who could have been way out in front were it not for erratic shooting.

Nonetheless, goals from Kevin O’Brien and Patrick Kirby had them eight clear at the water break.

Na Piarsaigh reduced that to five at the short whistle, with David Dempsey finding the net.

But, the ‘Well furthered their lead in the third quarter with Thomas O’Brien goaling two minutes after the restart.

Na Piarsaigh psuhed hard for a goal but Brian Murray was in inspired form in the goals as they held out for a deserved win.

Watch the highlights of the game below.