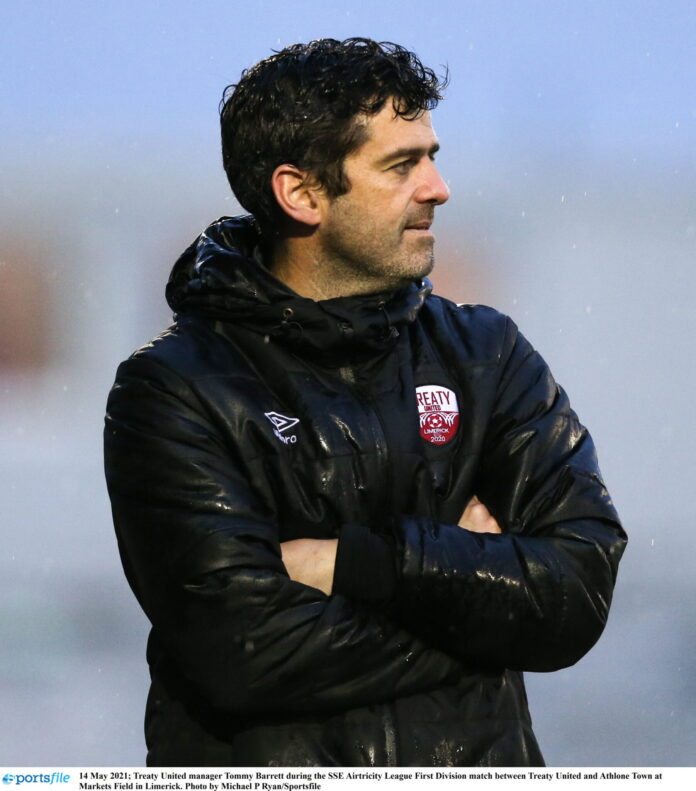 TREATY United’s game against UCD has been rescheduled to take place on Friday October 22nd, with kick-off at 7:45pm.

Treaty United could continue their pursuit of a premier division promotion when they take on UCD next weekend, but there is a chance that Tommy Barrett’s men will have secured a play-off berth by then.

Treaty welcome Athlone Town to the Markets Field this Friday evening and are currently six points ahead of their opponents who lie in sixth place, a spot outside the play-off picture.

A result of any kind will ensure that play-off berth for the Limerick outfit in just their first year in the First Division. A loss however could bring it to the final day.

Athlone need to win both their games and hope Treaty lose their remaining three if Barrett’s men are to miss out on the top five.

Treaty currently sit fourth on the first division table with 38 points and are currently 18 points off table topping Shelbourne who secured the title with a win over Treaty a fortnight ago.

Treaty will play UCD in their penultimate game before rounding off the season with a trip to Cabinteely.