A COUNTY Limerick man who murdered his brother in a drink and drug fuelled attack has been sentenced to life in prison.

34-year-old Gerard Lynch had pleaded guilty at the Central Criminal Court last May to murdering his brother Willie in the house they shared at Main Street Pallaskenry on December 30, 2017.

A sentencing hearing on Monday was told that Gerard Lynch had taken alcohol and drugs and had an “innocuous altercation” with his brother before stabbing him with a bread knife.

After hearing that the defendant had a history of suicidal ideation and self-harm, Mr Justice Paul McDermott said he had no option but to impose the mandatory life sentence which he backdated to 2017. 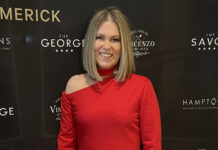