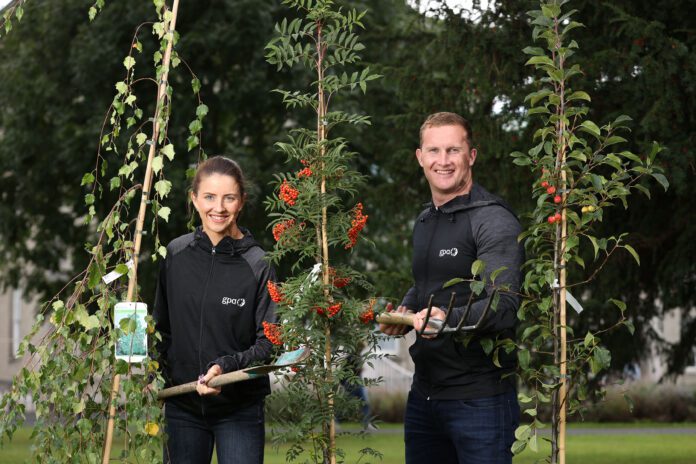 PRIMARY school children in Limerick are being urged to sign up to support a nationwide campaign that’s aiming to plant tens of thousands of trees in a single day, to combat climate change.

Schools that support the initiative will receive a native Irish tree sapling per classroom, and get the chance to support communities across sub-Saharan Africa, who are seeking to plant 100,000 trees in December and early next Spring, as a part of the initiative.
The schools tree planting is part of the development organisation Self Help Africa’s ‘One Million Trees’ campaign, which is planting a million trees in Africa and 100,000 new native trees in Ireland, each year.

The campaign is being backed by the Irish National Teachers Organisation (INTO), and by sports stars from the Gaelic Players Association (GPA).

INTO president Joe McKeown said that they’re hoping to recruit upwards of 500 national schools to support the effort, and back Self Help Africa’s bid to plant trees in Ireland and Africa, starting on 3rd December next, and into next Spring.

“We will be distributing tree seedlings to schools around the country that sign up, and also providing teaching resources that have been developed and can be used by teachers, that highlight the value and importance of trees in combatting climate change,” Mr. McKeown said.

2020 INTO President Mary Magner, who is a campaign ambassador, said that she’d been hugely heartened by the huge number of expressions of goodwill and support that she’d received from teachers around the country.

“Children are extremely passionate about the environment. They’re alarmed by the stories that they read and hear about global warming, and want change. “Young people are already actively engaged with initiatives like Green Schools, they are frequently the champions of waste reducion and recycling in the home, and they understand how important trees are to removing damaging greenhouse gases from the atmosphere,” she said.

GPA CEO Tom Parsons said: ”We are very proud of our ongoing partnership with Self Help Africa. In support of this initiative, we will be asking the hundreds of primary school teachers amongst our members to get involved and to ensure their classes take part. Inter-county players are role models within their communities. They are looked up to by children and that’s why we realise the importance of getting behind the ‘One Million Trees’ campaign which sets a great example in combatting climate change.”

Self Help Africa will distribute tree seedlings and planting materials to hundreds of communities across 15 countries as a part of the initiative and is aiming to plant 25,000 on December 3rd, and an additional 75,000 trees in Africa to support the schools initiative, when planting seasons start in the Horn of Africa and West Africa, in Spring 2022.

Age-appropriate lesson plans and other resources are being provided to support primary teachers to carry out tree focussed activities in their classrooms on the same day while participating schools to make donations, large or small to the campaign – with every €2 raised by class groups being sponsoring 10 new tree seedlings in Africa.
To read more about the upcoming ‘One Million Trees Schools Campaign,’ visit: selfhelpafrica.org/onemilliontrees.