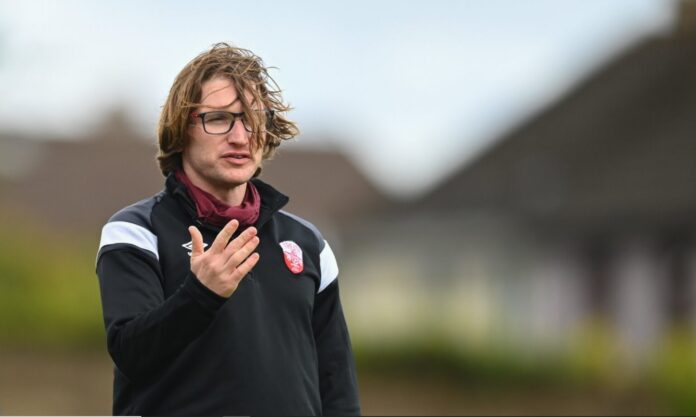 TREATY United have announced that Senior Women’s manager Niall Connolly has left the club amicably following a poor run of results in the Airtricity Women’s National League. Treaty find themselves four points adrift at the bottom of the table and were heavily defeated in their last game against Peamount United.

Chairman Conn Murray broke the news on Tuesday morning. “We confirm that Niall is parting on amicable terms and wishes the club, the players and the fans well for the future. He is grateful to the Board for the professional manner in which they have handled his departure.

“The Board of Treaty United would like to thank Niall and his management team for their professionalism and dedication throughout this season and we wish him all the very best for the future.”

Connolly led a very young squad into the league this season and wasn’t helped by the departure of both Aoife Horgan and Tara O’Gorman in recent months. Despite the fact that many players received underage international caps during his time as manager, defensive frailties have always proved an issue for Connolly in his first term in senior management.

The club also stated that the process of recruiting a new manager will begin in the coming days.