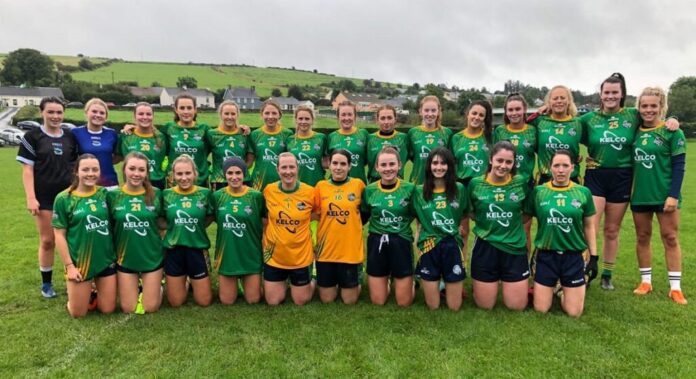 THE final round of group games were played in the Limerick Ladies Senior and Intermediate Football Championships.

The curtain came down on the group stages of the top two tiers in the 3dental Limerick Ladies Football Championships.

In group one of the senior championship, Monagea booked their place in the last four with a fifteen point win over St Brigids. Ballylanders will join them in the semi-finals after finishing top of group two with a win over Old Mill.

Defending champions St Ailbes will face St Brigids in the quarters with Old Mill taking on Feohanagh Castlemahon at the same stage.

In the Intermediate Championship, reigning champions Dromcollogher Broadford made it two from two to move directly into the semi-finals. Mungret St Pauls were assured of that heading into the final round of games. Oola will meet Fr Caseys in the quarter-finals as Knockainey take on Murroe Boher.

In the Junior A Championship, Galtee Gaels made it three from three with a high scoring win over Ahane while Athea picked up a first win of the year. Two rounds of the group stage remains in the championship as it does in the Junior B championship. In the bottom tier, Croom picked up a second consecutive win to move to the top of group one while St Ailbes now top group two.

Check out the results in full below.