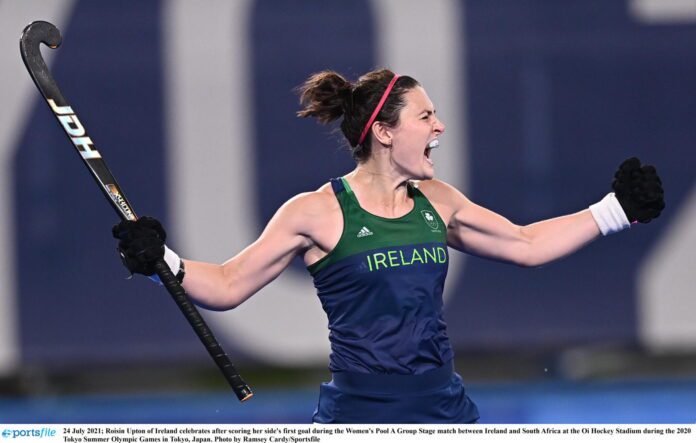 Limerick’s Roisin Upton is included in the central panel that panel features 15 of the squad that travelled to the Olympic Games in July with Niamh Carey, Erin Getty and Ellen Curran coming into the line-up.

The eight-team competition will be played in a knock-out format with only one side earning a place at next summer’s World Cup which will be played at venues in Spain and the Netherlands.

Against all odds, the Irish Women’s Hockey Team reached the final of the 2018 World Cup where they were beaten by Spain in the decider.

While it was a disappointing Olympics for the Irish squad, Dancer is excited about the new faces in the squad as he said,

“I am excited about the future and the balance within the squad. We have retained a lot of experience and have a lot of excitement coming through. It sits really nicely.”

Shirley McCay, Hannah Matthews, Lizzie Colvin, Nikki Evans, Grace O’Flanagan and Nicci Daly have stepped back from the program since the Tokyo games.

Reflecting on that changing of the guard, coach Dancer said it is “a natural” progression for the side in the wake of the Olympic Games, paying tribute to their immense contributions to the cause.

“It’s amazing how much effort the players have put into not just the last three years but the last eight to ten years to qualify for their first ever Olympics, giving it everything they’ve got,” Dancer said.

“It is natural some will step away and, for others, they needed a good break to refresh and get back to life, work, family and social things. I wanted to make sure everyone got a good break and once all the dust had settled, it certainly great to have a lot of experience in the group.

“Anna O’Flanagan, Chloe, Róisín, Ayeisha, Lena, Katie, Deirdre – we do have a huge amount there from the Olympics and beyond. We have to draw on that first of all and expect those guys to stand up under pressure which I certainly know they will.

“The flip side is the excitement. We have players who have never had a test match before; first ever event and they get to try qualify for a World Cup.”

The tournament also allows for two travelling reserves with Charlotte Beggs and Jane Kilpatrick joining the panel in Pisa.

While first opponents France are the lowest-ranked side in the competition, Dancer is more than wary of what they have to offer.

“France has been preparing well, not just this year, but with 2024 in their sights and getting there as host nation, they have a lot to play for. They did really well in the European Division 2 tournament. First team to meet, it will not be easy but we have to back our experience and what we have done in the last 18 month to get over the top of them.”

The post Roisin Upton named in Irish Hockey side ahead of World Cup Qualifying competition in Pisa appeared first on Sporting Limerick.