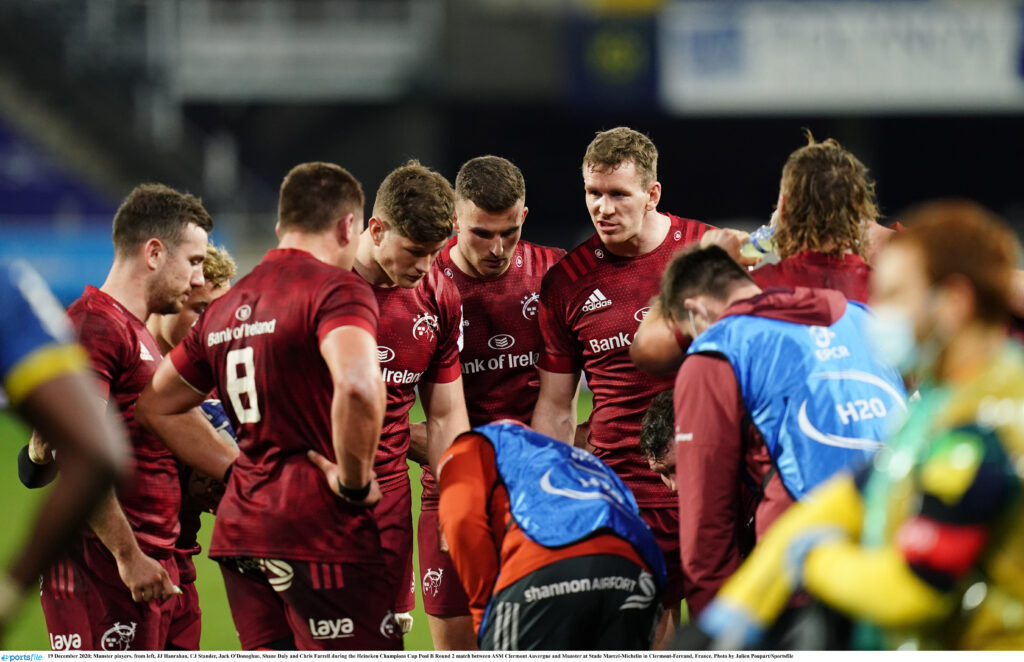 MUNSTER have confirmed that tickets are now available to purchase for our next five home games.

Tickets for Munster’s Champions Cup clash against Wasps in January went on sale yesterday with tickets available to but in the link below.

Tickets for Saturday’s game against Connacht are also on sale as Munster prepare to welcome the biggest crowd of the season so far to Thomond Park.

So far this year, Munster have gone three from three in the URC, picking up maximum points in each of those games.

There was disappointing news for the Province earlier this week when it was confirmed that RG Snyman had suffered a re-rupture of the ACL that kept him out of action for over a year as he missed all of last season.

Get your tickets for Munster’s upcoming games below.

Munster v Connacht, Thomond Park, 7.35pm; Buy tickets here now – It is the personal responsibility of all supporters to ensure they adhere to Government guidelines and adult supporters should note that proof of vaccination or recovery may be requested before entry. See full details here.

The post Tickets now available for Munster’s next five home games including their Champions Cup clashes with Wasps and Castres appeared first on Sporting Limerick.