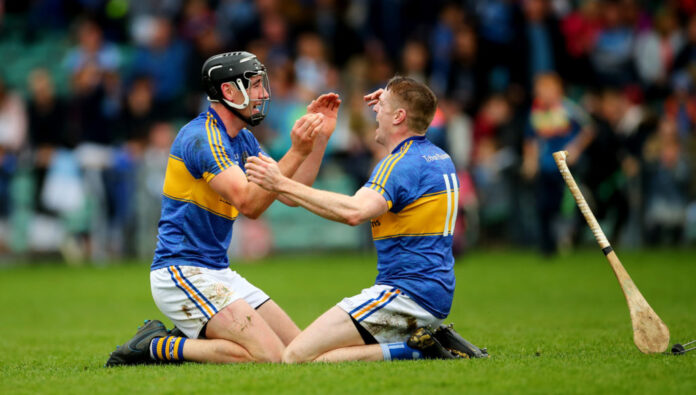 PATRICKSWELL booked their place in the Limerick SHC Final on Sunday afternoon.

Kevin O’Brien was one of three goalscorers as Patrickswell dethroned Na Piarsiagh in the Limerick SHC semi-final with a 3-21 to 1-22 win.

O’Brien grabbed the second with his namesake Tom finishing to the net for their third after Kevin’s shot was well stopped.

Kevin was awarded the man of the match with his nack of scoring goals against the Caherdavin side proving crucial.

Patrickswell’s reward for the win is a clash with Kilmallock in the decider on October 24th.

It is the first meeting of the sides in the final since the early 90’s and O’Brien is fully aware of the task at hand as the twenty times winners take on 11-times champions the Balbec.

“We’re under no illusions, we’ve won nothing… what it’s about is trying to win a championship.”

“Delighted to be in the final, we’ll regroup, we’ll train. Kilmallock are a serious serious side, there’s boys on the Kilmallock team with a couple of county medals and Munster club medals… we won’t be writing them off I assure you that”

Watch the full interview with O’Brien below.