LIMERICK-based novelist Donal Ryan has won the 27th Jean Monnet Prize for European Literature for his novel ‘From a Low and Quiet Sea’.

Ryan, who lectures in Creative Writing at the University of Limerick and lives in Castletroy with his wife Anne Marie and their two children, is the first Irish writer to scoop the coveted prize.

‘From a Low and Quiet Sea’ was translated into French by Marie Hermet and published by Albin Michel publishing house in 2021. Leaving the familiar setting of County Limerick, the novel sees the destinies of a doctor who fled war-torn Syria, a broken-hearted dreamer, and a man searching for redemption, intertwined.

The author of five number one bestselling novels and a short story collection, Ryan has won several awards for his fiction, including the European Union Prize for Literature, the Guardian First Book Award and four Irish Book Awards, and has been shortlisted for several more, including the Costa Book Award and the IMPAC award.

He was nominated for the Booker Prize in 2013 for his debut novel, ‘The Spinning Heart’, and again in 2018, for his fourth novel.

Awarding the 27th Jean Monnet Prize for European Literature to Donal Ryan, the jury said it wanted to distinguish a young writer, considered as one of the greatest revelations of Irish, as well as international, literature.

“In his new novel, he follows the destinies of three characters who end up sharing a story: Farouk, the Syrian refugee; Lampy, the young, broken-hearted man; and John, the old man at the twilight of his life. With scenes of ordinary life, passages of strong lyricism, dives in the depth of the soul, Donal Ryan offers a powerful literature. An emphatic painter of tormented souls, he weaves and intertwines these three destinies in which readers can recognise their own interrogations. We certainly could not miss out on such a masterpiece.”

The author will receive a €5,000 grant at the award ceremony during the European Literature Festival next month. 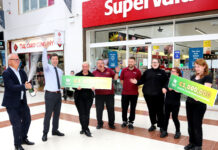 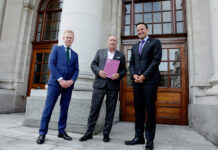