A RETIRED Limerick Garda Superintendent is to sue the State for damages after being told that he will not face criminal charges in relation to his arrest more than two years ago on suspicion of serious criminal conduct.

Eamon O’Neill remains on permanent medication to deal with the stress of what he claims was a botched investigation by the Garda National Bureau of Criminal Investigation (GNBCI), his solicitor told the Limerick Post.

Mr O’Neill (54) was informed last Thursday that he will not face any charges in respect of the allegations that he tipped off a Garda that he was being monitored by the GNBCI as part of a major probe into alleged Garda corruption.

Limerick solicitor Dan O’Gorman, who represents Mr O’Neill, has called for an independent enquiry into his client’s arrest on May 19, 2019, and says that the matter has “torn apart” Mr O’Neill’s life.

“This man of unblemished service, who served our community and our city beyond what could be expected of anyone in dark and dangerous times, was arrested in May 2019. He cooperated fully with the investigation, and he heard nothing for two and half years about that matter, despite promptings of TDs, the media, his solicitor. Two and half years later he has been told that the shadow of criminal suspicion has been lifted,” Mr O’’Gorman said.

“I would have thought that if somebody of such stellar reputation was arrested, that sufficient evidence would have already been available to charge them subsequent to their arrest. But the most resourced unit of the country’s police force clearly thought otherwise.”

“He spent 100 days in a psychiatric hospital. He’s on permanent medication. He’s estranged from colleagues, family and friends. Was there anybody there to say ‘stop and think’.”

Mr O’Gorman said Mr O’Neill has brought a High Court action “for breach of his constitutional rights, from a-z of his reliefs and remedies”, which he said was ongoing.

Mr O’Neill was serving as a Superintendent in the Limerick Garda Division when he was arrested early on the morning of May 19, 2019, in his bedroom at his home in County Clare.

He was brought to Athlone Garda Station and questioned by GNBCI detectives on suspicion of tipping off a Garda that his car had been bugged by gardaí investigating alleged serious Garda corruption.

The detectives also put to him that he stood idly by while a Garda colleague snorted cocaine beside him while they were socialising in a pub.

Mr O’Neill strenuously denied all the allegations and he was released without charge.

The other Garda, also arrested by the GNBCI on May 19, 2019 and questioned on suspicion of ingesting cocaine, was informed last year by the DPP that he had no case to answer.

Despite the DPP’s decision, it’s understood this Garda is still the subject of an internal Garda disciplinary process.

Mr O’Neill retired in November 2020 after having lost a challenge to his continued suspension in June 2020.

Dan O’Gorman said it is concerning that Mr O’Neill was interviewed only once in relation to the allegations made against him on May 19, 2019.

“From that day in May 2019, he was never re-interviewed by the GNBCI in relation to the corruption allegation, which was the basis for which he was arrested in 2019.

“I don’t think you have to be Inspector Clouseau or Perry Mason to conclude that it was highly unlikely, in that circumstance, that Mr O’Neill would have been charged, because he wasn’t re-interviewed,” the solicitor said.

“They didn’t re-interview him, they just left him swinging for two and a half years,” he added.

“Recently in the Dáil, TDs came out publicly and asked what was going on with all of this. I’ve been writing letters to GNBCI asking them what’s going on.

“The GNBCI is supposed to be the finest part of our police service, protecting us from gangs, from terrorists, from serious criminality. Maybe there was a reason for it, but I think somebody should find out whether there was a reason, and that’s why I’m calling for an inquiry.”

Mr O’Neill, regarded as one of the most experienced crime fighters in the country, was part of a team of detectives that thwarted the operations of murderous drug gangs in Limerick in the early to mid 2000s.

His arrest in 2019 sent shockwaves throughout the Limerick Garda Division and it has now raised eyebrows as to what evidence, if any, the GNBCI had in suspecting he had tipped off a Garda that he was being monitored by the serious crime garda unit.

As part of his failed bid to be reinstated in the force, it was stated that Mr O’Neill believed the only evidence against him was the word of a Garda informer.

Affidavits filed in the court on behalf of the GNBCI stated that, for operational reasons, it would not reveal the extent of any evidence it had. 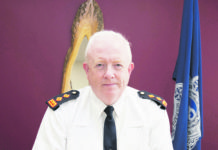 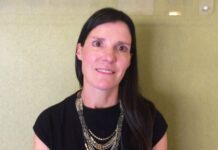 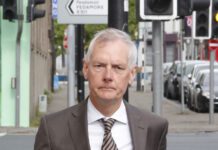 Move to transfer Garda corruption trial out of Limerick