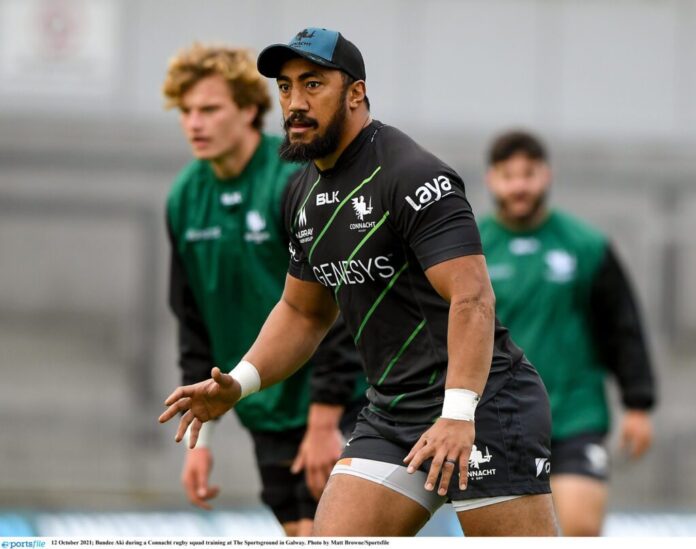 THE 98th meeting of the Irish provinces will take place in Thomond Park this Saturday in the fourth round of the URC.

The storied past of Munster’s clashes with Connacht is set for another chapter this weekend as Connacht travel to Thomond Park this Saturday in the 4th round of the URC.

Connacht got the better of a fatigued Munster in the 3rd round of last season’s Guinness PRO14 Rainbow Cup at Thomond Park, with the visitors winning 24 – 20. Connacht also won away against both Leinster and Ulster during last season’s Rainbow Cup.

Connacht began their URC season strong with wins over Cardiff and the Bulls but suffered a humbling loss to the Dragons at the Sportsground.

However the province received a significant boost this week with the return of Ireland centre Bundee Aki, who re-joins the squad after participating in the 2021 Lions tour to South Africa.

Munster on the other hand will be playing with a chip on their shoulder with their Rainbow Cup loss to Connacht still fresh in their minds.

Although the team that Munster Head Coach Johann Van Graan is set to pick remains a mystery, Munster will need to go with some more defence orientated players in the midfield if they’re to stop Aki in his tracks.

In the last three fixtures between the two sides neither team has won by more than six points and although Munster won by a sizeable margin last weekend over Scarlets, this fixture is likely to be tightly contested between the two provinces.

Thomond Park is also set to welcome its biggest number of supporters so far this season with 75% of the stadium’s full capacity in use.

Munster’s clash with Connacht will take place this Saturday, 16th of October at 7:35pm.

For tickets to this huge interpro match-up click here