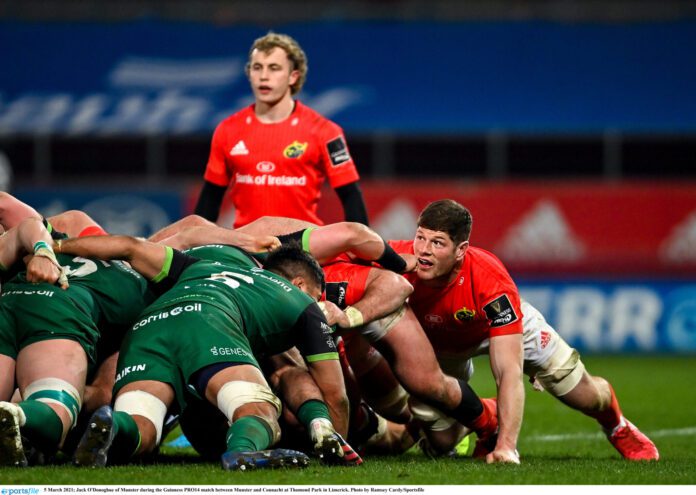 IT’S the weekend once more, meaning it’s time for us to run you through the sports action this weekend, when it is on and where you can find it

Golf fans will be able to watch the action in the Andalucia Masters from 12.30pm on Sky Sports Golf. The Aramco Team Series will start at 7.30pm on the same channel, followed by The CJ Cup from 11.30pm, also available on Sky Sports Golf.

Soccer sees the return of the Premier League following the international break. The early kick off on Saturday sees Watford host Liverpool at 12.30pm, the game will be available on BT Sport 1. Premier Sports 2 will have coverage of Leicester v Manchester United, kick off will be 3pm. The late kick off involves Brentford taking on Chelsea at 5.30pm, Sky Sports Premier League will have the game covered. Highlights of all the day’s action will be shown on BBC 1 as Match of the Day starts at 10.30pm.

Darts will be live from Austria as the European Championship takes place at 12.45pm on ITV 4.

Rugby will resume this weekend with more games taking place in the United Rugby Championship as Zebre play host to Glasgow at 1pm, coverage can be found on Premier Sports 1. Benetton will face the challenge of Ospreys at 3pm on TG4, Followed by Leinster v Scarlets at 5.15pm on the same channel. Premier Sports 1 will have Edinburgh v Bulls available at 5.15pm while Cardiff will play the Sharks at 7.35pm. Munster will play Connacht at the same time with RTÉ 2 broadcasting the action.

British Champions Day from Ascot will provide Horse Racing fans with entertainment as the event will begin at 1.30pm on Virgin Media One.

GAA can be found on RTÉ 2 as the Tipperary SHC Quarter-finals take place. Thurles Sarsfields will take on Clonoulty- Rossmore at 3pm, followed by Kilruane MacDonaghs v Loughmore-Castleiney at 5pm.

Boxing will be shown live on Sky Sports Arena from 7pm as Hughie Fury will take on Christian Hammer. The fight card will also be available on Sky Showcase.

Darts will be live on ITV 4 as the European Championship resumes at 12.45pm.

Golf will again be live from Spain as the Andalucia Masters continues from 12.30pm on Sky Sports Golf. At 10pm on the same channel you will be able to catch up on the action from The CJ Cup.

Cricket will begin at 11am on Sky Sports Cricket as the ICC Men’s T20 World Cup takes place. Oman will face off against Papa New Guinea at 11pm, followed by Bangladesh v Scotland at 3pm.

The Premier League will continue on Sunday as Everton v West Ham United takes place at 2pm. Newcastle will welcome Tottenham to town in the 4.30pm kick off. Both games will be available on Sky Sports Premier League. Highlights can be found on BBC 1 from 10.30pm with Match of the Day 2.

Sundays GAA will include action from the Clare Senior Hurling Championship as Cratloe play Inagh-Kilnamona at 2pm, while Mohill will face Ballinamore in Leitrim Senior Football Final action at 3.45pm.

The NFL returns to London as the Jacksonville Jaguars will take on the Miami Dolphins at 2.30pm. BBC 2 will have coverage of the action. More NFL games will take place with LA Chargers @ Baltimore Ravens from 6pm, Arizona Cardinals @ Cleveland Browns at 9.05pm, followed by Seattle Seahawks @ Pittsburgh Steelers at 1.20am.