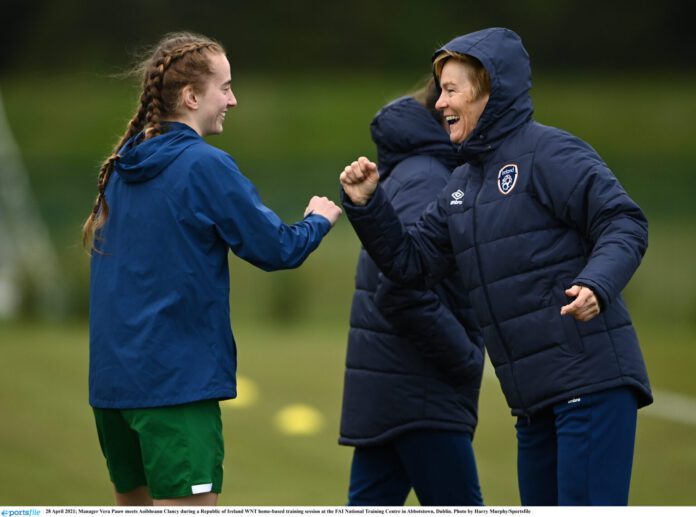 THE Wexford Youths midfielder could make her debut for Vera Pauw’s Ireland senior team during the qualifiers.

The former Limerick FC midfielder has turned heads during her time in the SSE Airtricity Women’s National League, resulting in her being drafted into the Republic of Ireland Women’s National Team squad for their friendly fixture against Australia in September.

Despite not seeing gametime, Clancy has been named in Vera Pauw’s 27-woman strong squad for their Fifa Women’s World Cup Qualifers later this month.

Clancy could make her senior debut as Ireland face lofty opponents Sweden and Finland in the upcoming Cup qualifiers, with the Sweden game taking place at home in a sold out Tallagh Stadium and then traveling to Helsinki to face Finland.

Hailing from Kilbehenny, Clancy has helped Wexford to second in the WNL as they trail leaders Peamount United by four points. Four games remain in the regular season.

The Ireland Women’s side will face Sweden on Thursday October 21st, with kick-off at 7:00pm Live on RTÉ2