Home Sport Gaa Junior A Hurling Championship down to the final four with dates for... 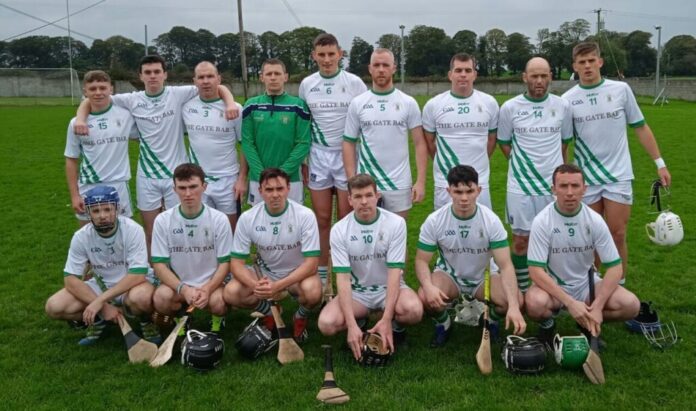 FOUR teams booked their passage to the final four of the Limerick Junior A Hurling Championship over the weekend.

A week after the conclusion of the group stages of the JAHC we are down to four teams in the hunt for promotion to the Intermediate ranks.

On Saturday, St Pats booked their place in the final four with a 0-13 to 0-11 win over Mungret St Pauls. After suffering relegation last summer, Pats are just two games from repeating their 2017 triumph at the grade.

They will play Caherline in the semi-finals after they beat Ballybrown on Sunday afternoon by 2-19 to 2-14. That game takes place on Friday October 29 in Kilbreedy at 7.30pm. These sides met at the same stage in 2016 with St Pats needing a replay to advance to the final.

Ballybricken Bohermore also secured a semi-final spot on Saturday as they overcame Killeedy 3-15 to 1-19. They meet St Kierans in the last four after the West side beat Doon 1-11 to 0-11 in their quarter-final clash.

Their last four meeting will take place in Clarina on Saturday October 30 at 3pm.

None of these sides reached the last four in 2020, with none even making it out of their respective groups last summer. St Pats last appeared in the semi-finals in 2017, when they went on to win the championship. They overcame Caherline in the last four the year prior to that.

St Kierans previous last four tie was in 2012 as they went on to win the championship. Ballybricken Bohermore haven’t reached this stage since their relegation in 2013.

The post Junior A Hurling Championship down to the final four with dates for the semi-finals confirmed appeared first on Sporting Limerick.